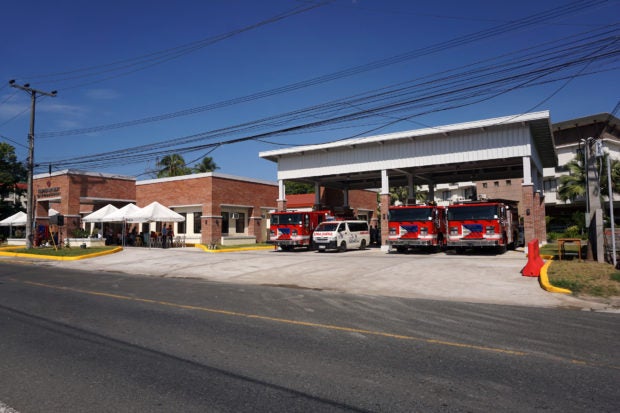 Paulino described the construction of the building on a 3,350-square-meter lot along Sampson Road corner Dewey Avenue as a “milestone.”

“Our firefighters are well-known, not only in Central Luzon but in the Asian Region as well. And this milestone only proves that our firefighters are committed to providing the highest standard of service,” Paulino said in a statement.

SBMA Fire Chief Ranny Magno said the proposal for the building was rejected initially because it defies the traditional design of fire stations in the country.

But Magno said it was finally approved after he insisted that the Hispanic aesthetic feature is intended to preserve the free port’s institutional memory, rich history, and heritage as a former recreation facility of the Spanish Navy and later, the United States Navy.

“We must have a sense of history. This is a former Spanish-American Naval Base,” Magno said, adding that the SBMA has always been a “show-window to the whole world” for being able to provide rescue and retrieval operations even to Japan, Taiwan, Iran, and other Asian countries.