The EU: 65 years of pushing boundaries 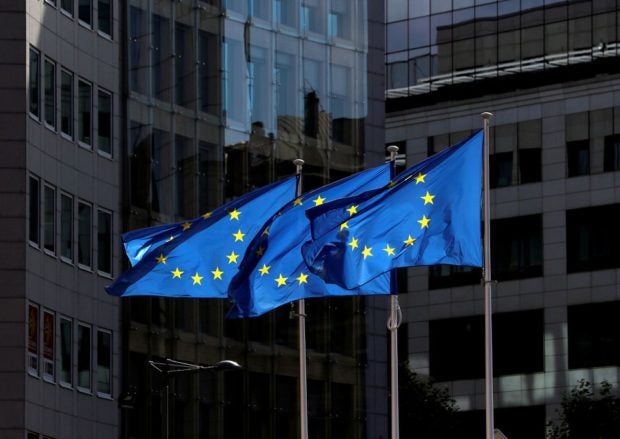 PARIS—The European Union, which at a summit on Thursday and Friday will discuss whether to make Ukraine a membership candidate, has admitted over 15 countries in the past three decades.

Others are on the first rungs of the ladder or have applied to join.

The acceptance of the candidate status of Ukraine, and ex-Soviet neighbor Moldova, as recommended by the EU Commission, will require the unanimous backing of the 27 member states.

If they say “Yes” lengthy membership negotiations will eventually follow.

Several enlargements and one departure

In 1973, Britain, Ireland and Denmark joined, followed by Greece, Spain and Portugal in the 1980s.

In 1995, the bloc began expanding eastwards, admitting Austria, Sweden and Finland in a leap that gave it a shared border with Russia for the first time.

In 2004 came the “big bang” enlargement from 15 to 25 members, with eight ex-communist Eastern European countries and two Mediterranean nations raising EU flags in one fell swoop.

Britain became the first member state to leave the EU, after a seismic 2016 referendum vote to quit the bloc, taking the union’s membership down to 27.

Five countries waiting in the wings

Four countries in the Western Balkans are officially candidates for membership but have been languishing for years in the EU’s waiting room: North Macedonia (2005), Montenegro (2010), Serbia (2012) and Albania (2014).

“The European Union is not complete without the Western Balkans,” she assured.

Turkey, a candidate since 1999, launched membership talks in 2005. But then French president Nicolas Sarkozy flatly refused to entertain the idea of Turkish membership.

Turkey’s relations with the EU have deteriorated sharply since 2016 due to President Recep Tayyip Erdogan’s crackdown on dissent in the wake of a failed coup. As a result, in 2019, the EU declared the negotiations were stalled.

Two other former ex-Yugoslav republics — Kosovo and Bosnia — are considered as potential candidates but do not yet fulfill the criteria for accession talks.

Ex-Soviet republic Georgia, whose candidate status has not been endorsed by the Commission, could yet join the list of potential candidates.

The EU in 2009 launched an Eastern Partnership with Ukraine, Moldova, Armenia, Azerbaijan, Georgia and Belarus, trading closer economic and political ties for reforms.

Countries like Ukraine, whose European ambitions have fueled two revolutions since 2004, saw the accords as a stepping stone to full membership, but Russia ally Belarus later opted out.

Ukraine’s membership application, lodged days after Russia’s invasion, is being examined at unprecedented speed, with EU members anxious to show strong support for the country in the face of Russia’s aggression.

But gaining full membership is a complex process that usually takes several years. While Finland was admitted in less than four years, it took the three ex-Soviet Baltic States of Estonia, Latvia and Lithuania nine.

The first stage is for a country to be given candidate status.

Then EU members must unanimously approve the opening of official negotiations (they have still not been opened for Albania and North Macedonia).

The negotiations cover 35 areas of the EU body of law, ranging from the free movement of goods, workers and capital to the environment, agriculture, taxation and members’ justice systems).

EU opens its doors to the public ahead of Europe Day

US, EU warn of danger from Russia, China on Berlin Wall anniversary