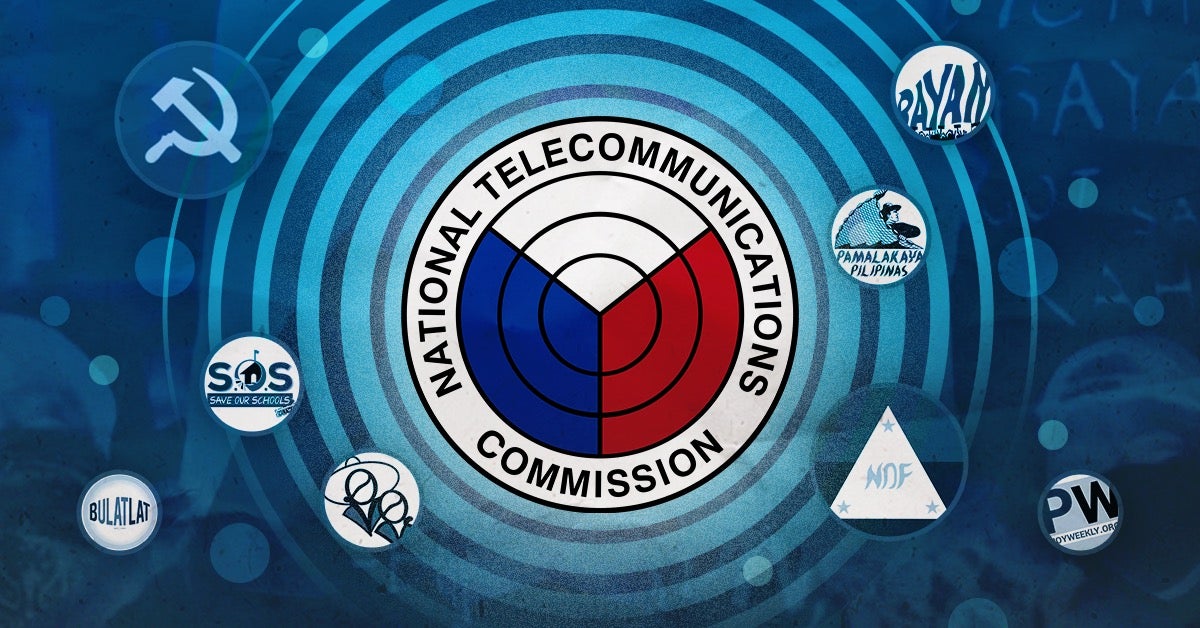 The National Telecommunications Commission (NTC) has ordered internet service providers to block several websites, including independent media, “found to be affiliated to and are supporting terrorist and terrorist organizations.”

MANILA, Philippines — The incoming chief of the National Intelligence Coordinating Agency (NICA) Ricardo de Leon on Thursday said he believes the government has a basis when it requested and ordered the blocking of several websites of groups allegedly linked to terror organizations.

The National Telecommunications Commission (NTC) has ordered internet service providers to block several websites, including independent media, “found to be affiliated to and are supporting terrorist and terrorist organizations.”

De Leon believes the NSC would not have made the request without having validated reports and information as a basis.

“I presume and I assume that knowing Secretary Jun Esperon, kapag gumawa siya ng request, there are valid reports at saka may basis. So noong sinubmit ‘yan, I am sure na mayroon silang pinagbasehan ng kanilang request,” he said in an interview over ABS CBN News Channel.

(I presume that when Esperon makes a request, there are valid reports as a basis. So when the request was submitted, I am sure they had a basis for it.)

De Leon, however, admitted that he has not yet seen the NSC request submitted to the NTC.

He further said that he believes a process was followed that “convinced” the NTC to follow the request of the NSC.

The NSC likewise followed a procedure and decided “as a collegial body” to draft the request, De Leon believed.

“My position is that knowing the NSC, hindi naman ito isang tao, collegial ‘yan eh. Dinidiscuss nila, it has passed the process of ascertaining ‘yung mga complaints and was submitted to the NTC for its final action,” De Leon said.

(The NSC is not only one person, it’s collegial. They discuss that, it has passed the process of ascertaining the complaints and was submitted to the NTC for its final action.)

He added that as a democratic country, everybody follows certain rules and procedures.

The list also includes the websites of progressive groups and independent media such as Bulatlat.

Several groups and alternative media organizations have condemned the order, saying the move “sets a dangerous precedent for independent journalism in the Philippines.”