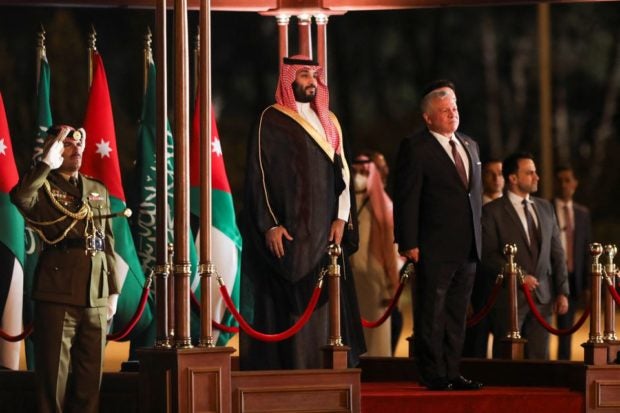 AMMAN — Saudi Crown Prince Mohammed bin Salman met with Jordan’s King Abdullah on Tuesday amid a thaw in relations after years of tension due to divergent views on regional conflicts and unfulfilled pledges of aid.

The first visit to Jordan in years by the de facto ruler of Saudi Arabia comes at a time, officials say, when Jordan’s economy is struggling with the economic knock-on effects of the Ukraine war.

Business leaders and officials hope it will unblock at least $3 billion of investment projects that Saudi Arabia committed to in recent years but which never materialized.

Saudi Arabia has over $12 billion worth of investments in Jordan and once rescued the country with cash injections, but has held off direct budget support.

Officials before the talks said discussions would look at more ways to help Jordan’s economy, which has been hammered by rising fuel prices and higher food imports. Jordan imports most of its energy needs.

Prince Mohammed was quoted as saying in a statement after the talks he was keen “to push relations to a new phase.” 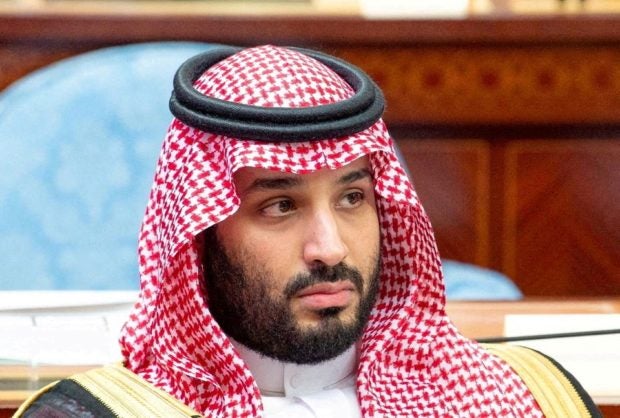 “There are large opportunities in Jordan that we are keen to actively participate in and such investments will bring benefits to both countries,” the prince said.

Officials say Jordan’s economic strains have worsened with the end of Gulf grants and little extra funding from Western donors in the last few years to cope with sluggish growth and high unemployment.

King Abdullah also discussed with Prince Mohammed a summit meeting next month in Jeddah where U.S. President Joe Biden will meet with leaders of the Gulf Cooperation Council as well as Iraq, Jordan and Egypt.

Saudi Arabia and Jordan share deep concerns about Iran’s nuclear ambitions and what they see as Tehran’s destabilising role in the region, a Jordanian official said. 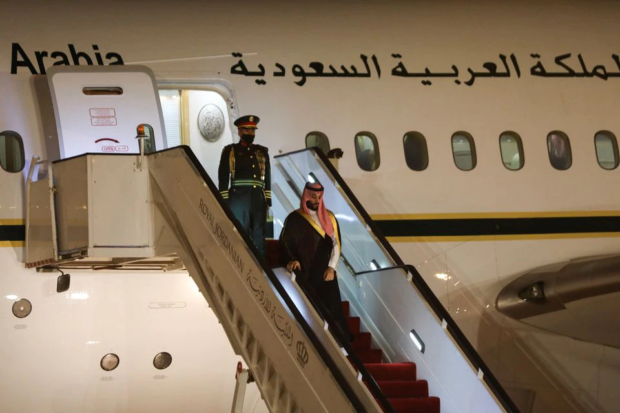 Relations were also strained by accusations that Saudi Arabia was involved in an alleged plot by King Abdullah’s half-brother Prince Hamza to unseat the monarch.

Former Jordanian royal palace chief Bassem Awadallah, who was later one of bin Salman’s closest advisers, was convicted of involvement in the conspiracy and sentenced to 15 years in prison, while Prince Hamza is under house arrest.

When King Abdullah was asked in a CNN interview last year whether Riyadh had any role in the alleged plot, he did not deny it but said finger pointing did not help. Jordan never publicly accused Saudi Arabia of involvement and Riyadh has not commented. Jordanian officials say the affair is now behind them.

Read Next
Mexican authorities search for bodies, missing tourists after priests killed in church
EDITORS' PICK
Look Through: The fate of impounded stray dogs
House energy committee chair Arroyo bats for cheap electricity
What to watch out for when selecting a video surveillance solution
23,000 cops to be deployed nationwide for school reopening
Unleash the photographer in you this World Photography Day with vivo smartphones
DOH says COVID-19 cases plateauing, but public shouldn’t be ‘complacent’
MOST READ
Korina Sanchez reunites with former ABS-CBN co-anchors Julius Babao, Cheryl Cosim
Sharon Cuneta asks for prayers for friend in ICU who suffered silent stroke
QC school’s shutdown violated rules – CHEd
Light therapy could be the answer to your sleep problems
Don't miss out on the latest news and information.