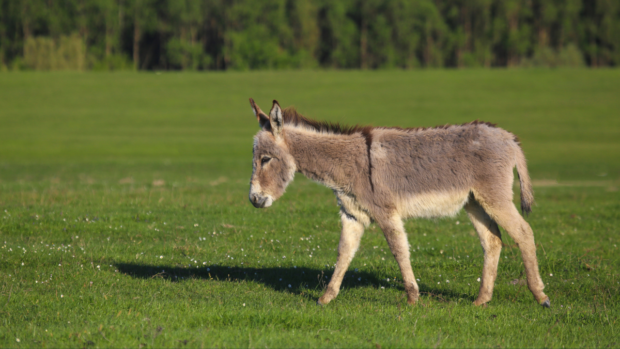 Once prized by emperors, a gelatin called ejiao — made from donkey skins — is increasingly sought after by China’s middle class.

The health benefits are believed similar to products derived from rhino horns, from working as a blood thinner to acting as an aphrodisiac, which could ease pressure on endangered rhinos.

But as in countries from Burkina Faso to Kenya, South Africa is now seeing its donkey population plunge, threatening other businesses that make soaps and creams from donkey milk.

“In South Africa we have seen a rapid decline of the donkey population due to illegal slaughter to supply the Chinese skin trade,” said Jesse Christelis, co-founder of the Donkey Dairy.

The shrinking supply has sent prices soaring. According to Christelis, a donkey would fetch about $30 at auction five years ago. Now they cost about $125 each.

The ejiao produced from them can sell for up to $360 per kilogram.

South Africa legally exports about 10,500 donkey hides to China every year, but the real quantity is believed much higher as smugglers have tapped into the trade.

“This year, we intercepted two loads of donkeys that were going to Lesotho,” said Grace De Lange of the National Council of Societies for the Prevention of Cruelty to Animals.

“On our farm there has been a big focus to go look for donkeys that have been placed in places of misery and we actually buy them out,” he told AFP.

“We sit often on most of the auctions whether it is online or a physical auction to out bid the kill-buyers who supply the trade with donkey skins.”

Theft of donkeys also hits small farmers who need the animals to transport their produce.

“Stock theft units need to be more proactive,” said Ashley Ness, an inspector at the Highveld Horse Care Unit, an equine welfare agency situated on the outskirts of Johannesburg.

“Instead of taking action after the cause, they should take leads from villages that get approached by suspicious agents.”

The top agriculture official in the North West province, Manketsi Tlhape, said they are “investigating all the reported incidents”.

However, donkey farmers like Christelis have limited options to protect their herd from thieves.

“We have electric fences, alarms and our donkeys are also micro chipped in case they get stolen,” he said.

There is scant information on the size of the ejiao market, but the Britain-based animal welfare group Donkey Sanctuary estimated that in 2019 China needed five million skins to supply to the trade.

In contrast, the market for products using donkey milk is still in its infancy. The size of the global donkey milk market is projected to reach just $16 million by 2026.

South Africa has two donkey dairies, but they may not be viable if prices for the animals keep rising.

Kenya banned donkey slaughter in 2020, after the populations there plunged due to the skin trade.

“I think the donkey skin trade is definitely a threat to donkey dairies in South Africa and across Africa,” said Christelis, who owns 116 donkeys at his farm.

Herbal remedies for the coronavirus spark debate in China