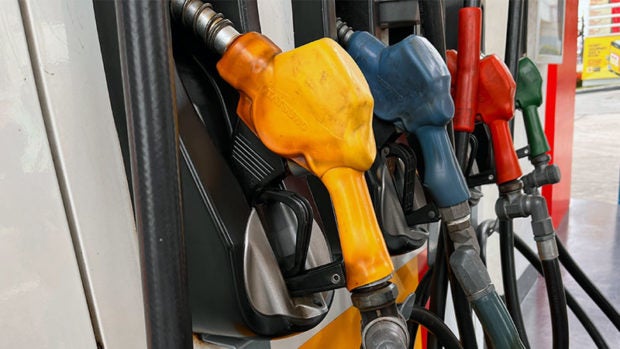 In a statement, Bayan claimed the government is being callous as it still does not provide substantial social aid and refrains from suspending oil taxes despite another round of fuel price hikes on Tuesday — which saw diesel prices rise by over P3.00 per liter.

The group explained that the government earns more every price hike because a VAT is collected through a percentage of the actual price — which they said is just plainly ‘oppressive’.

“The national government has still not provided substantial relief for consumers and has even rejected calls for a reduction in oil taxes. It is the height of callousness,” Bayan secretary-general Renato Reyes said.

“It is wrong for the government to have windfall revenues from VAT on oil because the increased revenues come from increased suffering of consumers. The higher the oil prices get, the bigger the VAT collection. It is simply oppressive,” he added.

Bayan also noted that target subsidies are not enough because almost the entire economy is affected by the weakening state of the peso and the rising fuel costs.

“Government’s refusal to suspend this tax regime shows it places more importance on debt payments rather than people’s welfare,” Reyes said.  “Targeted subsidies are not enough. The entire economy is reeling from high prices and so across the board relief is now necessary.”

For the third straight time in June, a fuel price hike was implemented by major oil companies — with gasoline prices increasing by P0.80 per liter, diesel by around P3.10 per liter, and kerosene by P1.70 per liter.

This has pushed diesel prices, which in the Philippines are generally cheaper, higher than gasoline prices.  In some pump stations, the price per liter of diesel has breached the P90.00 mark, threatening to breach P100 per liter if the price increases do not stop.

As for gasoline, prices hover around P80 to P90 per liter.

READ: Another round of oil price hike awaits motorists on Tuesday

This is not the first time Bayan called for the suspension of taxes on oil products like the VAT and the excise tax.  In March — when gasoline and diesel prices were still at P65 to P75 per liter — the group said that suspending the collection of these taxes was only just and humane.

President-elect Ferdinand “Bongbong” Marcos Jr. who would start his term on June 30 has been urged by several sectors to suspend VAT and excise taxes on fuel products, to alleviate the suffering of the hard-hit sectors like transportation and other linked industries.

However, Marcos had thumbed down calls to suspend fuel excise tax, saying he is looking more at exploring other options like providing subsidies to the transportation sector. On Monday, he affirmed this stance, saying that targeted assistance may be the way to go.

Even outgoing officials of the administration like Finance Secretary Carlos Dominguez III, have advised Marcos to refrain from suspending excise taxes on oil products despite prices skyrocketing.

But without a shift in policy, Bayan fears that more bad news will be coming.

“Rising oil price and a weakening peso are all bad news for consumers. Prices of basic goods are set to go up again as importation and transportation costs increase. Inflation will likely be higher this month compared to previous months,” Reyes said.

“The biggest challenge to the incoming regime is the economic crisis. It appears however that we are in for more of the same economic policies,” he added.

Pump prices of fuel may reach P100 per liter