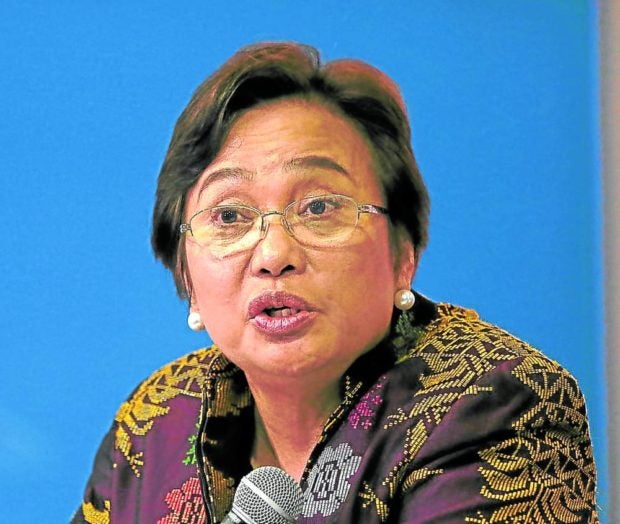 MANILA, Philippines — National Youth Commission Chair Ronald Cardema, who was disqualified as representative of the Duterte Youth party list in 2019, sought some payback from former Commission on Elections (Comelec) Commissioner Rowena Guanzon who recently substituted the first nominee of P3PWD party, which won a seat in the 19th Congress.

In a formal opposition filed on Friday, Cardema and wife Rep. Ducielle Cardema said the substitution of Guanzon as a nominee of the P3PWD party list was an “attempt to circumvent the law and promulgated Comelec rules” as the move was done long past the deadline set by the poll body.

“To avoid wanton abuse and violation of the Party-List System Act (Republic Act No. 7941) and the honorable commission’s resolutions implementing the said law, Duterte Youth, as an incumbent party list, is compelled to file this opposition,” they said.

They pointed out that the substitution was made almost seven months past the deadline of Nov. 15, 2021, as stipulated in Comelec Resolution No. 10717.

On Wednesday, Comelec approved by a 3-1 vote the recommendation of its law department to allow the resignation of the original five nominees of P3PWD and the subsequent substitution by Guanzon and four other nominees.

Guanzon, in particular, stepped down as Comelec commissioner in February, which the Cardemas said was a violation of the Code of Conduct and Ethical Standards for Public Officials and Employees as well as Anti-Graft and Corrupt Practices Act.

But according to John Rex Laudiangco, the poll body’s acting spokesperson and law department chief, Guanzon was not a member of the former Comelec Second Division that granted P3PWD’s registration in the party-list elections.

He also noted that Guanzon’s case was not the first of such kind as the “ruling of the commission had been consistent” in previous instances, as in the case of Duterte Youth.

Duterte Youth was criticized for making several late substitutions even after the May 2019 elections. As a commissioner, Guanzon opposed Ronald Cardema as a substitute nominee.