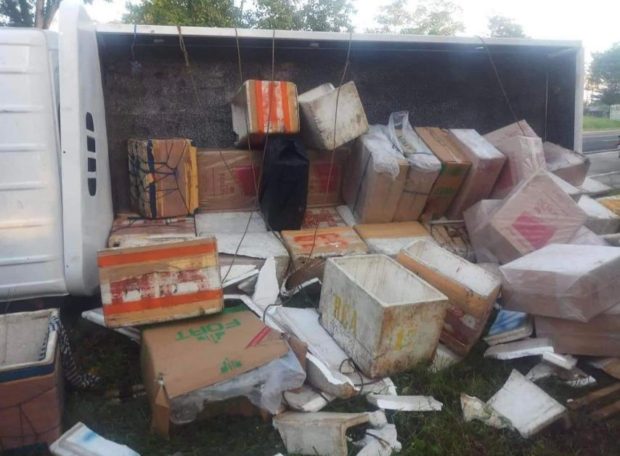 MANILA, Philippines — Over P4 million worth of smuggled cigarettes were seized in two separate police operations in Zamboanga City and South Cotabato, the Philippine National Police (PNP) said on Friday.

According to PNP’s Public Information Office, a team led by the 2nd Zamboanga City Mobile Force Company, the Bureau of Customs, and other law enforcement bureaus conducted an offshore patrol early Friday morning, which led to the interception of two motorized wooden watercraft known as “junkong” in the local culture.

One was marked “PIRANHA” while the other bore the markings “WRANGLER”. After being apprehended, the boat operators failed to present any documents legitimizing the movement of their packages, prompting officers to seize the contrabands.

There were 24 master cases of Champion Menthol inside “PIRANHA,” and 40 master cases of the same cigarette inside WRANGLER — which police estimate to be worth P2.24 million.

PNP said the initial probe showed that the boats came from Jundilan in Jolo, Sulu, and were bound to Barangay Recodo in Zamboanga City.

This operation comes on the heels of another seizure of smuggled cigarettes in South Cotabato last Tuesday.

Reports shared by PNP-PIO on Friday showed that the operation in Koronadal City yielded P2.7 million worth of smuggled cigarettes.

PNP officer-in-charge Lt. Gen. Vicente Danao Jr. said that they would continue to be relentless in pursuing contraband items which he said hurts legitimate businesses.

“We just received reports about the smuggled items in another part of Mindanao, and now here comes another,” Danao said.

“We will remain relentless in our effort to go after these smugglers as they conduct their transactions illegally, which can give an adverse effect [on] legitimate business and the consumers,” he added.

The discovery of the contraband in Koronadal came after police operatives responded to a vehicular accident involving the truck, an Isuzu Elf, which was traveling along GenSan Drive in Barangay Carpenter Hill.

All in all, the cigarettes inside the truck were said to be worth P2.7 million.

The shipment was set to be delivered from General Santos City to Tacurong in Sultan Kudarat, and the truck drivers were merely using Koronadal to pass through.

Danao said that the truck driver also failed to provide proper documents to validate their deliveries.

“Upon checking, the driver and his helper had no valid transport permits. In addition, both suspects failed to present a vehicle registration and other relevant documents,” he added.

The confiscated items were then turned over to the Bureau of Customs. — With reports from Xander Dave Ceballos, trainee

P5.7 million worth of smuggled cigarettes seized in Zamboanga City