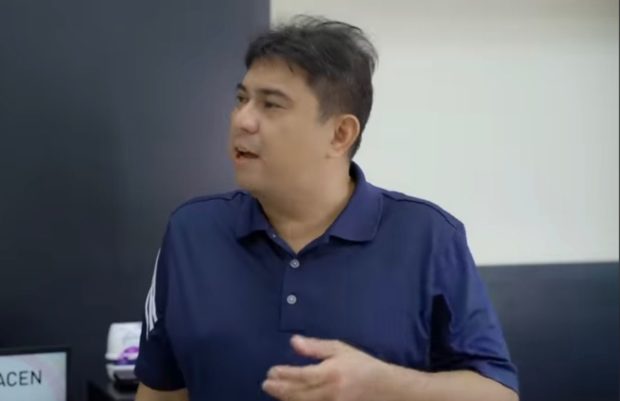 MANILA, Philippines — Pampanga Rep. Juan Miguel “Mikey” Arroyo on Friday urged the Marcos administration to create a one-stop shop for more renewable energy investments, wherein establishments may be able to process all the requirements for permits in one setting for easier transaction.

Arroyo made the call during his meeting with Citicore Power Inc., builder of the Arayat-Mexico Solar Farm through a joint venture with AC Energy, wherein he underscored the need for the establishment of more renewable energy power plants in the country.

Arroyo sponsored at the House of Representatives Republic Act 9513, or the Renewable Energy Act of 2008, which sought to promote the development, utilization and commercialization of renewable energy resources.

During his visit to Citicore, Arroyo met with Citicore Power Inc Chairman Edgar Saavedra, President and CEO Oliver Tan, and Area Manager Jason Ciceron, to check on the plant’s capacity and performance.

Saavedra pointed out that it took the company only 10 months to construct the now biggest solar farm in the country, thanks to the Feed-In Tariff (FIT) mechanism under the RA 9513 that encouraged the private sector to invest in renewable energy.

He said the challenge they encountered was mostly in securing the 200 permits which took them a year to complete, a problem that Arroyo said may be remedied if the next secretary of the Department of Energy would initiate the creation of a sort of one-stop shop.

“What the next DOE Secretary should do is to establish a one-stop shop for securing permits. Basta renewable energy, especially now that we need more renewable energy sources,” Arroyo said.

Meanwhile, Arroyo lauded the plan of business tycoon Enrique Razon to construct the world’s largest solar project that is said to supply 850MW of power to Meralco which would greatly help reduce the country’s carbon footprint.

“It is commendable to have the group of Mr. Razon taking on such a huge investment in the energy sector. We wish them great success and hope more investors come to bring us to our dream of being 100% powered by renewable energy and have sufficient energy sources,” he said.

Since the passing of the law on renewable energy, only 34% of power resource is generated from renewable sources, still a long way from the dream of having a 100% renewable energy supply in the country.