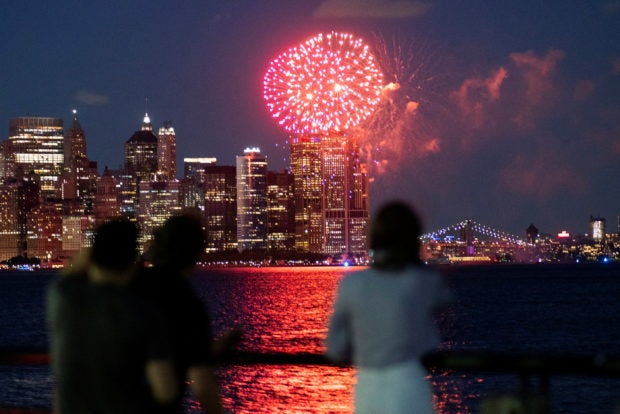 Americans celebrate the 1776 declaration of independence from British rule on July 4 every year with proudly patriotic parties that often include drinking and pyrotechnics.

But managers in Los Angeles, the second-biggest city in the country, are warning residents they should avoid backyard firework displays.

“All fireworks in the city are illegal for personal use and only professional and permitted firework shows are the places where Angelenos should go to celebrate the Fourth of July with a fireworks display,” City Attorney Mike Feuer said.

“The risk of devastating, quickly spreading fires sparked by fireworks is severe this year, not to mention the ever-present threat of serious, life-altering injuries.

“That’s why we’re starting early this year, cracking down and urging Angelenos to leave fireworks to the pros.”

The western United States is in the midst of its driest period for a millennium, after years of below-average rainfall.

Firefighters say the wildfires they are dealing with across the region are larger and more ferocious, with dried-out plants and trees offering explosive fuel.

People living in southern California are being urged to save water to preserve dwindling supplies in local reservoirs.

That has included restrictions on outdoor watering, with many residents now expecting their once-luscious lawns will turn brown over the scorching summer.