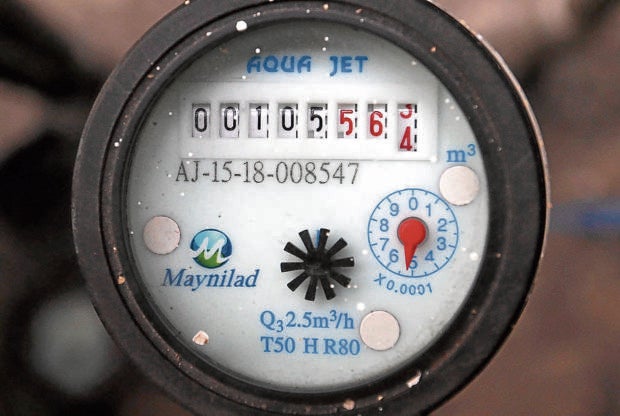 OFF THE METER Maynilad has been ordered to refund its customers after its wrongful computation of water bills was found inconsistent with the rates approved by MWSS.

MANILA, Philippines — Water concessionaire Maynilad Water Services, Inc. has been ordered to implement rebates in several areas after it mistakenly charged customers a wrongly-computed bill that was not in accordance with rates approved by the Metropolitan Waterworks and Sewerage System (MWSS).

MWSS’s Regulatory Office (MWSS-RO) said that Maynilad used the Local Franchise Tax (LFT) implemented by the local government units the company serves, instead of the MWSS Board of Trustees (BOT)-approved rate.

The minor rebate will cover the period of March to June 2022 and would be received by customers in the business areas of Muntinlupa-Las Piñas, Malabon-Valenzuela, and Quezon City.

“It may be recalled that in March 2022, the MWSS Regulatory Office (RO) recommended to the MWSS BOT the approval of the petition of Maynilad to impose a Government Tax on customers’ water bills in lieu of the twelve percent (12%) Value-Added Tax (VAT), as a consequence of the grant of a legislative franchise to Maynilad,” MWSS Chief Regulator Patrick Ty said in a statement.

“Since then, the Government Tax consisting of a two percent (2%) National Franchise Tax (NFT) and the actual rate of Local Franchise Tax (LFT) implemented by the local government unit, has been reflected in the Statements of Account (SOA) of Maynilad customers,” he added.

But Ty relayed that MWSS-RO found out that the LFT of the local governments, and not that of MWSS Board of Trustees, was being used by Maynilad.

“Upon monitoring and evaluation of the rates being implemented by Maynilad in its Service Areas, it has come to the attention of the MWSS RO that Maynilad has been charging customers in the aforementioned Business Areas the actual LFT rates of the relevant local government units instead of the rates approved by the MWSS BOT,” Ty said.

Ty said that while they understand that Maynilad’s mistake was done in good faith, the rebate should still be in order — especially as the water concessionaire acted without the approval of the MWSS-RO.

“The MWSS RO recognizes that Maynilad implemented these rates in good faith, as the rates it previously submitted to and approved by the MWSS BOT were outdated,” Ty noted.

“Nevertheless, the Concessionaire implemented such rates without prior recommendation by the MWSS RO and subsequent approval of the MWSS BOT, which are part of the procedural requirements as provided under relevant laws,” he explained.

Maynilad has been directed to revert their rates too.  MWSS-RO, however has not yet publicized how much the rebates would be.

Maynilad is one of the two water concessionaires operating in Metro Manila, the other being Manila Water which operates in the east concession zone. Maynilad, meanwhile, handles the west concession area.

Just recently, MWSS-RO also called the attention of Maynilad over the alleged poor quality of water and the frequent interruptions in several areas.

Ty said in a separate statement last June 11 that the MWSS-RO is alarmed over the complaints, given that Maynilad has a sufficient water allocation and that the company has already implemented measures to address water quality.