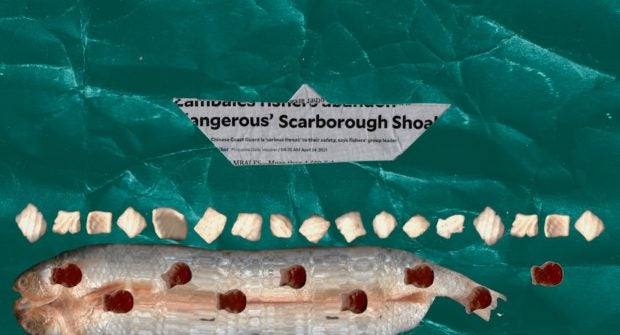 The short film “Ampangabagat Nin Talakba Ha Likol” or “It’s Raining Frogs Outside” features the struggles of Zambales fishermen and tells the story of a girl who went home to Zambales due to the impending end of the world but realized that her childhood home was watching her. (Contributed)

On Monday, the film took home the International Award at the 14th edition of Leiden Shorts, a film festival in the Netherlands that took place June 9 to 12, for creating a shared visual language to convey the interiority of its protagonist.

In a statement, the Leiden Shorts’ jury cited the film’s “unique blend of live action, animation, visual effects, and archival footage” in exploring “the boundaries between memory, nightmare, and reality.”

“The film’s dive into a particular experience expands upon universal existential themes of loneliness, mental illness, trauma, and alienation. Both inspired by and able to transcend the COVID pandemic, the filmmaker produces a haptic experience that explores the visceral horrors of the (female) body and its relation to being perceived,” it said.

Last week, the film also received the Deframed Award at the 38th Edition of the Kurzfilm Festival Hamburg in Germany, which took place from May 30 to June 6.

The award-giving body cited the film’s “dealing with reality in a poetic, formal, analytical, and unconventional way, ignoring all rules in a forward-looking way.”

“A contemporary generation is dealing with increased mental health concerns, emotions of entrapment and isolation where socio-political concerns are replaced by identity politics. Using a memorable breath of haptic and tactile images and innovative animation techniques this film is a deeply emotive exploration of feeling trapped by the inner demons of social expectations and one’s own desires. Even though the film offers a dark exploration of isolation, its balance of playful counterpoints is a poetic expression of the vulnerabilities of a young generation,” the citation stated.

The film, directed by Maria Estella Paiso, is about a girl who went home to Zambales due to the impending end of the world but realized that her childhood home was watching her.

After winning QCinema’s Gender Sensitivity Award last year, the film received international attention as it was screened at other international film festivals in Berlin, New York, and Vienna.

Short film shot in Zambales to compete in Berlin fest