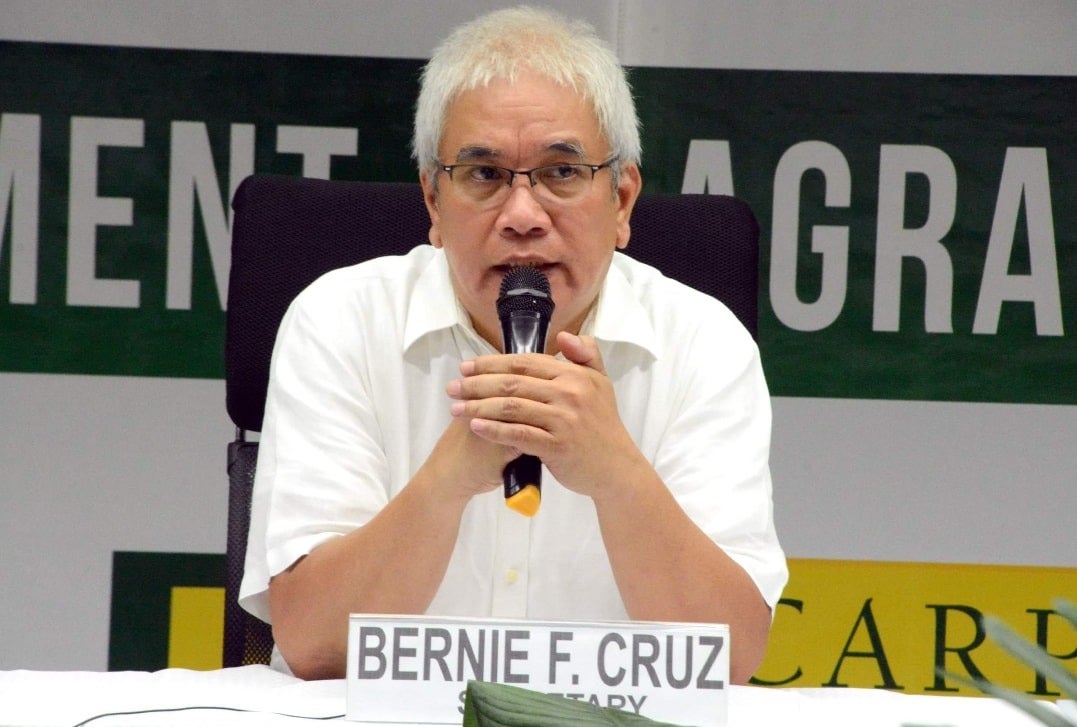 Cruz’s term as DAR chief will end on June 30, which is also President Rodrigo Duterte’s last day in office.

(If I will be given a chance by President Marcos, maybe I can influence the peace process; I want to be in a position to end conflicts.)

When asked what position he is eyeing, Cruz said he wants to be the office’s head.

(I want to be the head of the peace process. We will end this dispute.)

Cruz made his remarks during the press conference on the mass arrest of farmers and advocates at Hacienda Tinang in Tarlac.

He claimed that “leftist” groups are using farmers for their political agenda.

READ: After arrest of ‘Tinang 93,’ DAR asks groups to not use farmers for political agenda

Currently, the Presidential Adviser on Peace, Reconciliation and Unity is Secretary Carlito Galvez.