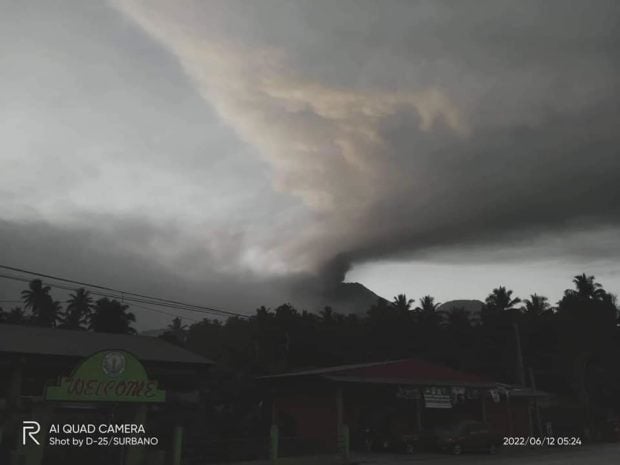 MANILA, Philippines — A total of 106 earthquakes were recorded in the Bulusan Volcano in Sorsogon, the Philippine Institute of Volcanology and Seismology (Phivolcs) reported on Monday.

The plumes reached 500 meters high and drifted west-northwest of the province. 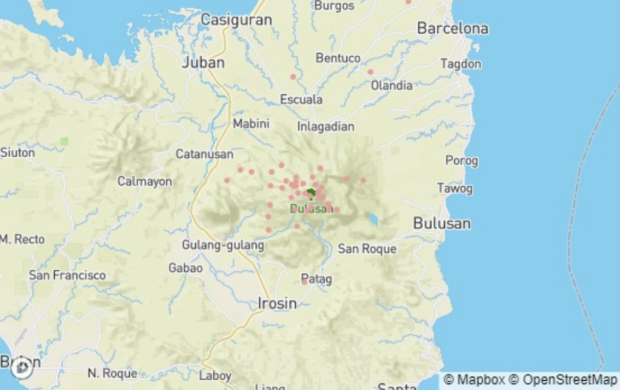 Meanwhile, 4,627 tons of sulfur dioxide flux were registered on Sunday.

Bulusan Volcano had another phreatic eruption on Sunday morning, spewing ash anew in the province’s towns.

Last week, the restive volcano had a 17-minute phreatic eruption which prompted Phivolcs to raise Alert Level 1 over the volcano.

Several families have evacuated after the ashfall blanketed their homes.

Read Next
Metro Manila may be put under Alert Level 2 due to uptick in COVID-19 cases
EDITORS' PICK
House energy committee chair Arroyo bats for cheap electricity
Bongbong Marcos to slain journalist’s kin: ‘We are ready to help’
Score lots of freebies and discounts on vivo 10.10. Sale
Smart awards ‘Subscribe & Get Lucky’ Raffle Promo winners
10,000 to less than 500: How people are driving the tamaraw to extinction
Marcos wants to accelerate efforts to build agricultural sector back
MOST READ
34 people killed in mass shooting at daycare center in Thailand
Marcos admin gets high approval ratings in Pulse Asia survey
Senators notice DBM’s ‘Sipsip’ program during budget hearing
Comelec gets 2 new commissioners
Don't miss out on the latest news and information.