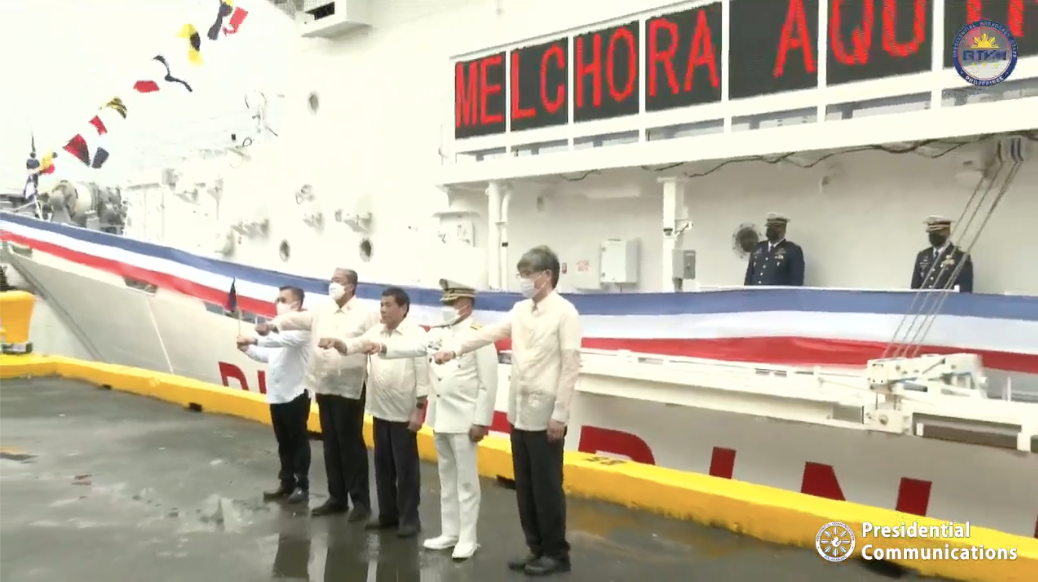 The president participated in the commissioning of Barko ng Pangulo ng Pilipinas (BRP) Melchora Aquino and the lowering of tunnel boring machine (TBM) for the Metro Manila Subway.

MRRV 9702 — one of the two largest white ships acquired by the Department of Transportation for the PCG — is prepared to conduct maritime patrols in the country’s waters, including the West Philippine Sea and Philippine Rise.

Meanwhile, the president also took part in the lowering and positioning of the first TBM for the Metro Manila Subway.

The event in Valenzuela City marked the kickoff of the subway’s underground construction works.

Twenty-five TBMs will be used for the project which will link the subway’s 17 stations.

Likewise, the state-of-the-art train simulator for the Philippines Railways Institute was unveiled.

The Metro Manila Subway — which will stretch across 33 kilometers from Valenzuela City to Pasay City — is expected to shorten travel time between Quezon City and the Ninoy Aquino International Airport from one hour and 10 minutes to just 35 minutes.

READ: Jica: Valenzuela to NAIA in 45 minutes when subway done in 2027

The transport system is expected to cater 370,000 passengers per day in its first year of full operations in 2027 at the latest.