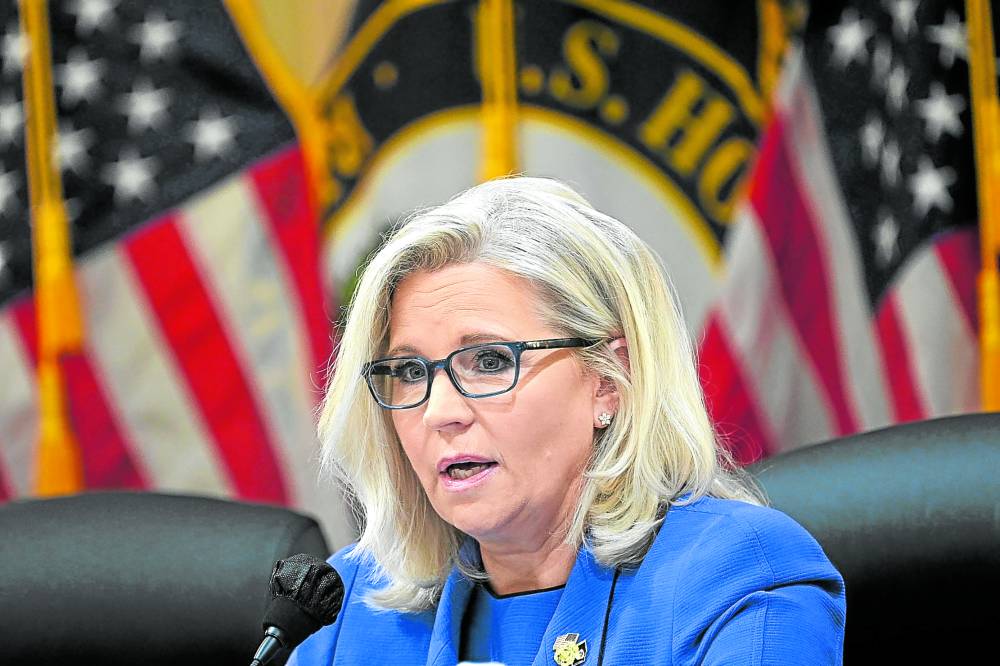 US Representative Liz Cheney speaks during a House Select Committee hearing to Investigate the January 6th Attack on the US Capitol, in the Cannon House Office Building on Capitol Hill in Washington, DC on June 9, 2022. (Photo by MANDEL NGAN / AFP).

WASHINGTON—A congressional panel investigating last year’s mob assault on the US Capitol laid out its case Thursday that Donald Trump and his claims of a stolen election were at the heart of what amounted to an “attempted coup” to remain in power.

In a prime-time presentation of its findings from a yearlong probe, the special committee sought to persuade a divided country of the existence of a deep-rooted and ongoing plot—orchestrated by the former president—to overturn the result of the 2020 election won by Joe Biden.

“President Trump summoned the mob, assembled the mob and lit the flame of this attack,” the Republican vice chairperson of the panel, Liz Cheney, said in her opening remarks at the first in a series of hotly anticipated summer hearings.

Minutes earlier, Democratic committee chief Bennie Thompson accused Trump of being “at the center of this conspiracy.”

“Jan. 6 was the culmination of an attempted coup—a brazen attempt, as one rioter put it shortly after Jan. 6—to overthrow the government. The violence was no accident,” he said.

Rioters acted “at the encouragement of the president of the United States,” to march on Congress and block the formal transfer of power by lawmakers to Biden, he added.

The conspiracy that drove the insurrection by a pro-Trump mob still poses a threat to American democracy, Thompson warned.

Thompson said the committee’s work was about more than looking backwards, as US democracy “remains in danger.”

“The conspiracy to thwart the will of the people is not over,” he said.

The panel aims to demonstrate that the violence was part of a broader drive by Trump and his inner circle to illegitimately cling to power, tearing up the Constitution and more than two centuries of peaceful transitions from one administration to the next.

“We will be revealing new details showing that the violence of Jan. 6 was the result of a coordinated multistep effort to overturn the results of the 2020 election and stop the transfer of power from Donald Trump to Joe Biden,” a select committee aide said.

“And indeed that former President Donald Trump was at the center of that effort.”

Trusted advisersThe panel’s carefully produced presentation made use of testimony given behind closed doors by some of Trump’s most senior and trusted advisers, including former attorney general Bill Barr and Trump’s son-in-law and senior aide, Jared Kushner.

Trump has defiantly dismissed the probe as a baseless “witch hunt”—but the public hearings were clearly on his mind Thursday as he launched into a largely false tirade on his social media platform, defending the insurrection as “the greatest movement in the history of our Country to Make America Great Again.”

The case the committee plans to make is that Trump laid the groundwork for the insurrection through months of lies about fraud in an election described by his own administration as the most secure ever.

Five subsequent hearings over the coming weeks—will focus on Trump’s role in the multipronged effort to return him to the Oval Office by disenfranchising millions of voters.

US candidate for governor arrested in Capitol riot probe