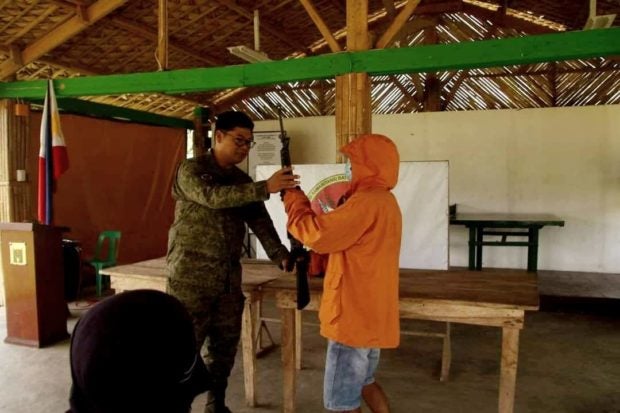 A rebel returnee turns over his firearm to the Army after surrendering on June 7 to the government. (Contributed photo)

LIGAO CITY––Fifteen rebels surrendered Tuesday at a military camp in Barangay Tastas in this city.

The rebels also turned over their weapons, including an M16 rifle, a homemade shotgun, a .45-caliber pistol, a.38-caliber revolver, and live ammunition.

Major General Alex Luna, commander of the 9th Infantry Division and Joint Task Force Bicolandia, has assured the returnees and the communist rebels that they would be part of the Enhanced Comprehensive Local Integration Program. INQ