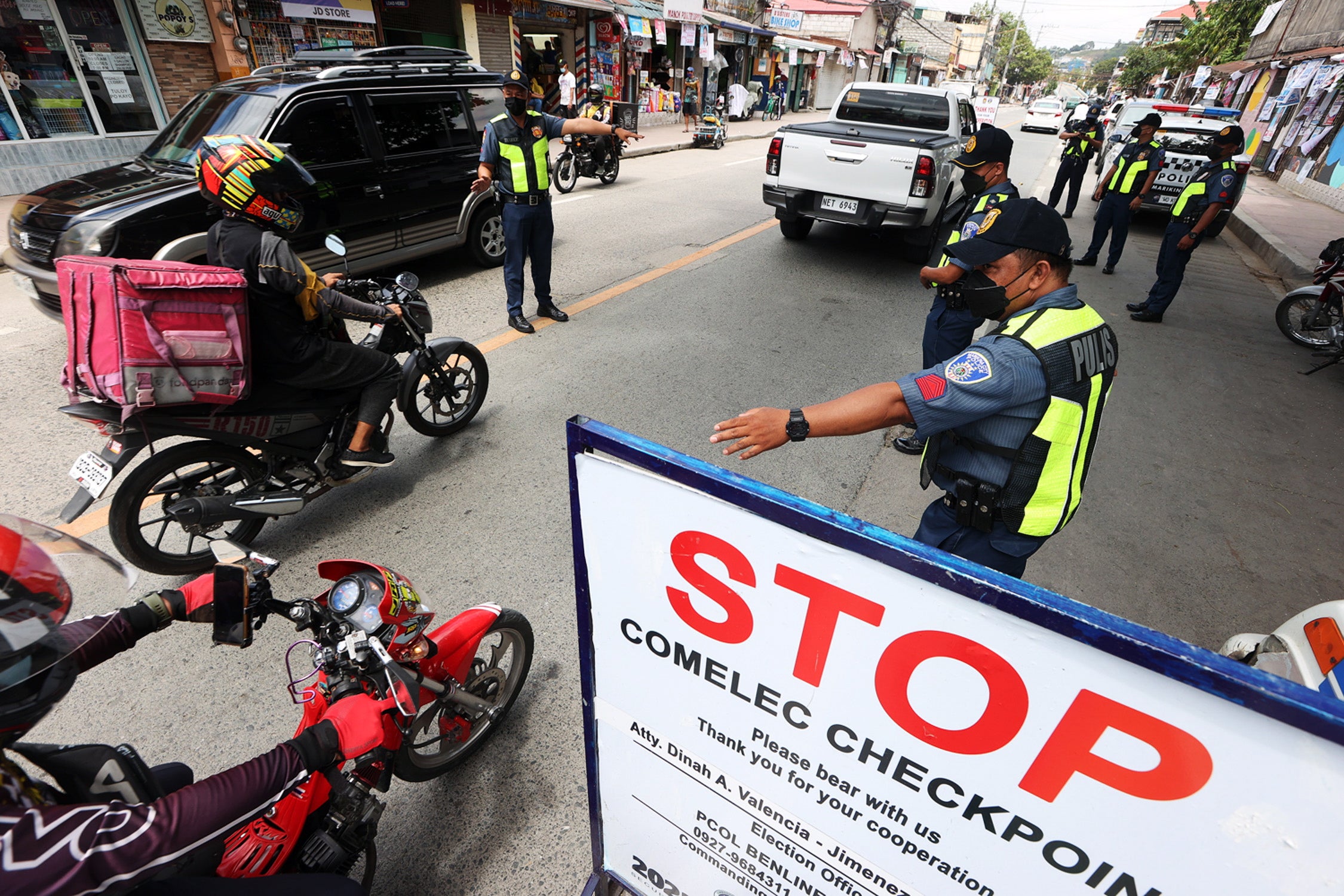 More than 3,000 individuals were caught by the Philippine National Police for violating the five-month gun ban which ended on Wednesday midnight.

In a report from the PNP Command Center on Thursday, a total of 3,651 gun ban violators were arrested from 3,438 operations from Jan. 9 to June 8, 21.7 percent less than the number of violators nabbed during the 2019 election period.

The number of those arrested for violating the Commission on Election’s (Comelec) prohibition on firearms for the recently concluded 2022 elections was the lowest for the past three polls.

Based on PNP data, most of those arrested are civilians at 3,513. Unifomed personnel were also caught: 28 PNP personnel, 22 from the Armed Forces of the Philippines, 61 private security personnel and 27 labeled as “others.”

A total of 2,812 firearms and 17,401 ammunition were confiscated. Also seized during the operations were 1,305 bladed weapons and 140 explosives.

The regions that recorded the most number of arrests for violating the gun ban are National Capital Region (1,335), Calabarazon (398), Central Visayas (372), Central Luzon (320) and Western Visayas (219).

Pursuant to Comelec Resolution No. 10728, the PNP suspended for the entire election period the validity of all permits to carry firearms outside of residence issued to licensed firearm holders, juridical entities and members of government law enforcement agencies.

Also suspended were permits issued by the PNP to transport firearms, ammunition, explosives, public firearms display and exhibits, as well as employment of security personnel for VIPs.