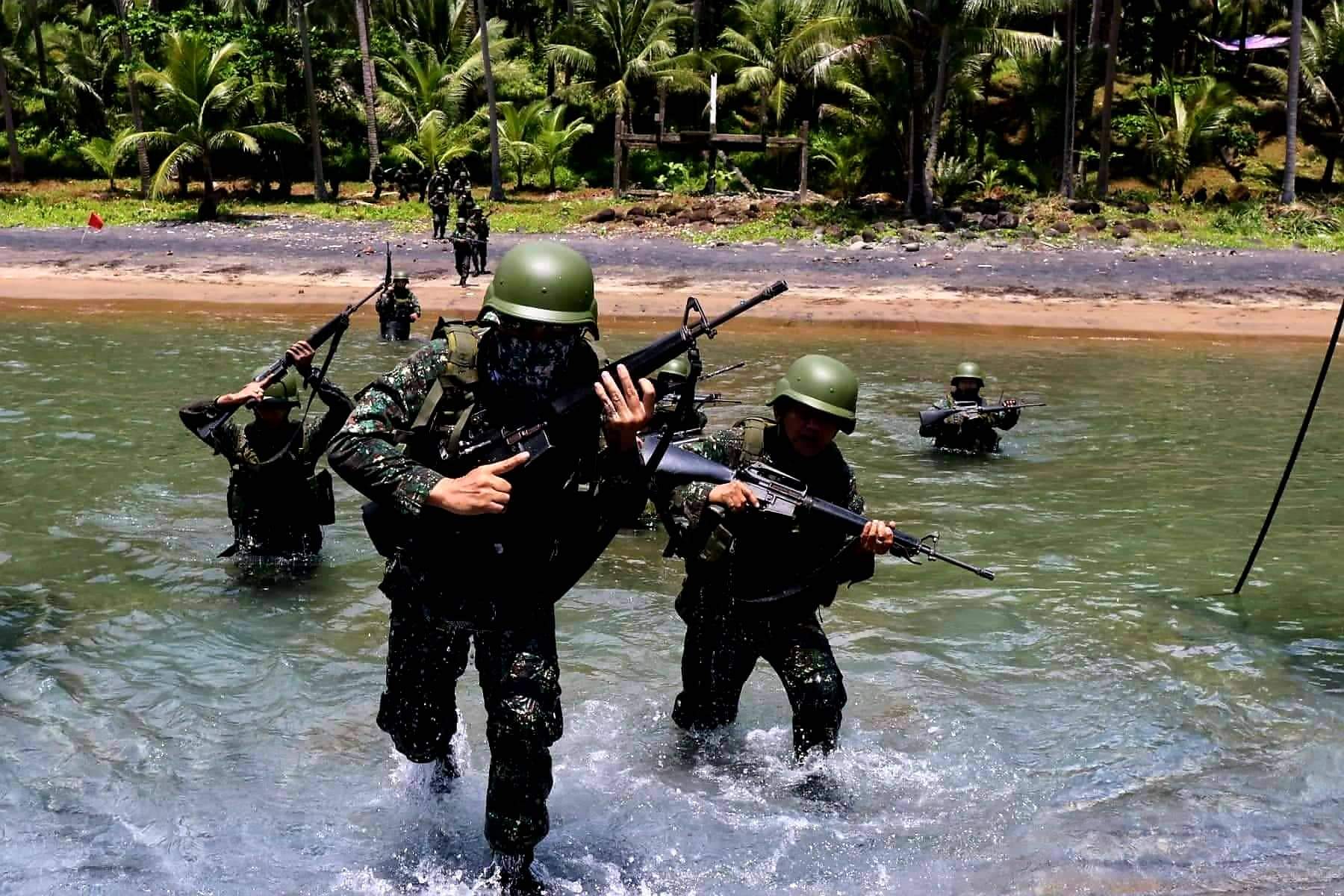 COMBAT READY. Members of the Philippine Navy wade through water in a series of maritime exercises Thursday, June 9, in Sorsogon province, to enhance their skills in combat. Photo from Naval Forces South Luzon

In a created scenario held off the waters of the Bacon district, the personnel of the Philippine Navy exhibited their skills in combat and amphibious operations, particularly defense against terrorists.

The demostration also highlighted the capability of the Navy in responding to rescue and retrieval operations considering the country is frequently visited by typhoons and is prone to other forms of calamities. 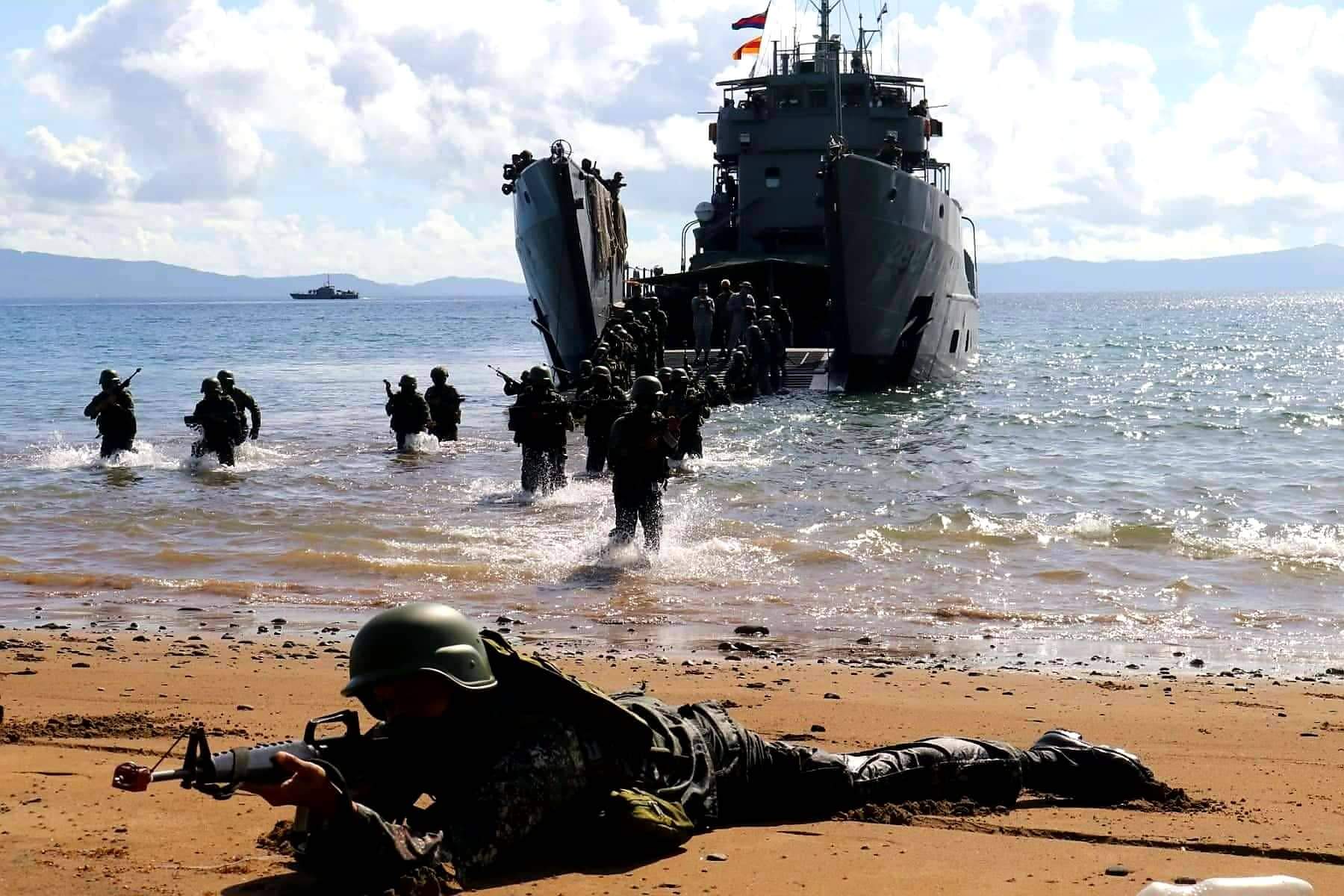 Personnel of the Philippine Navy participated in a series of maritime exercises Thursday, June 9. Photo from Naval Forces South Luzon

“The purpose and objective of this exercise to test the readiness and capability of the navy in protecting the country and also to show how they’re responsive during disasters,” Commodore Jose Maria Ambrosio Ezpeleta, NAVFORSOL commander, said in a statement Thursday.

A dialogue with fisherfolks was also conducted where Navy representatives discussed livelihood development and assured the community that the Navy is always ready to protect them from possible enemies, Navy Lieutenant Regeil Gatarin, director of Public Affairs Office of NAVFORSOL, told Inquirer in a text message.

The villagers also benefitted from medical and dental services and a feeding activity as part of the Civil Military Operation.