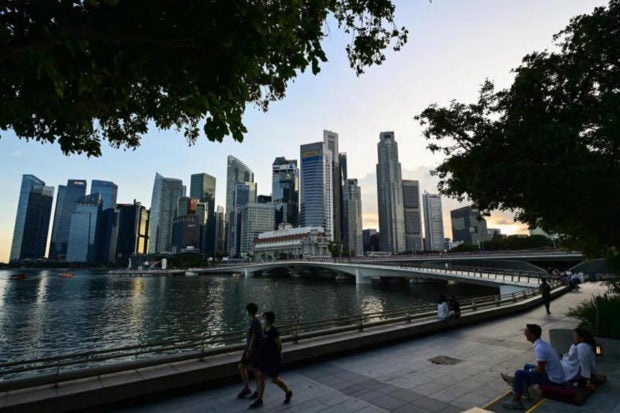 Singapore’s ranking remained unchanged in 2022 despite significant price rises in the past 12 months. FILE PHOTO: The Straits Times/Asia News Network

SINGAPORE — Singapore stayed the 13th most expensive city globally for expatriates to live in despite rising inflation, while Hong Kong was the world’s most costly for the second year in a row.

These were some of the findings of the latest cost of living research published by ECA International.

The firm carries out two main surveys, in March and September, covering 207 cities in 120 countries and territories.

The data provides companies with information to decide on how much allowance to offer employees who are sent on international assignments.

Singapore’s ranking remained unchanged in 2022 despite significant price rises in the past 12 months, with housing rents, utilities and petrol prices seeing particular growth, according to the latest survey.

Mr Lee Quane, regional director for Asia at ECA International, said Singapore did not move up in the rankings because the Singapore dollar has weakened against other regional currencies like the Chinese renminbi and the US dollar, despite “higher than average” inflation here of 5 per cent.

The weaker Singdollar was due to a sharp slowdown in manufacturing and exports during the latter part of the survey period, he added.

Singapore’s overall inflation hit 5.4 per cent year on year in April, while core inflation, which excludes accommodation and private transport costs, accelerated to a 10-year high of 3.3 per cent.

This prompted the Monetary Authority of Singapore in April to tighten monetary policy for the third time in six months. The moves were aimed at bolstering the Singapore dollar in the face of import-led inflation.

In Hong Kong’s case, rising global inflation has not been as big a challenge as in other regional and global locations.

ECA International said prices in the territory rose 3 per cent year on year, as measured by ECA’s basket of goods and services.

“While the rise is higher than what is typically seen in Hong Kong, it is lower than rates in similar cities within the region and globally,” said Mr Quane.

Still, the city is the world’s most expensive mainly because of the strength of the Hong Kong dollar due to its peg to the US currency, he added. Hong Kong pegs its currency to the US dollar in a narrow trading band, between HK$7.75 and HK$7.76.

Many mainland Chinese cities continued to rise in the rankings, with four cities now included in the 15 most expensive.

Mr Quane said the main reason for its rise was the continued strength of the renminbi against other major currencies, because of China’s relatively strong economic performance during the survey period.

Inflation rates in the majority of the mainland Chinese cities are high, but still relatively lower than elsewhere in Asia, he added.

The survey also found that New York is the second most expensive city in the world after Hong Kong, moving up from fourth last year.

London is fourth, up from fifth in 2021, while Tokyo dropped to fifth place as the yen weakened against major currencies.

They also include accommodation data, comparing rental costs in areas typically inhabited by expat staff in over 410 locations. 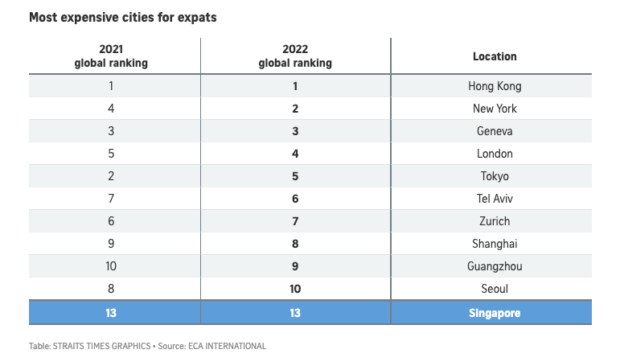 Hong Kong regains title as most expensive city for expats

Manila is Southeast Asia’s 3rd most expensive city to live in, study shows