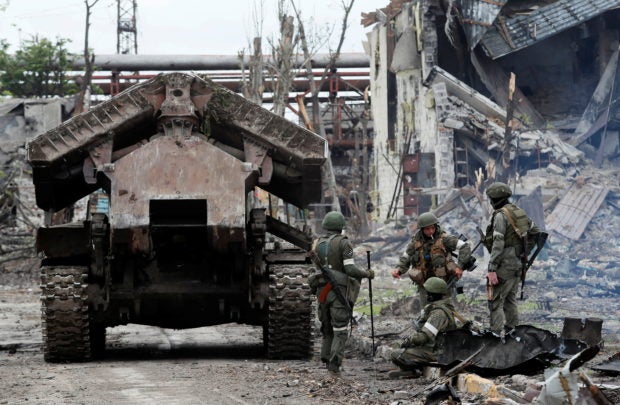 KYIV — Russia has handed over to Kyiv the bodies of 210 Ukrainian fighters, most of whom who died defending the city of Mariupol from Russian forces at a vast steel works, the Ukrainian military said on Tuesday.

Ukrainians were holed up in the Azovstal steelworks for weeks as Russia tried to capture the city. The Ukrainian soldiers eventually surrendered last month and were taken into custody by Russia.

“The process of returning the bodies of the fallen defenders of Mariupol is under way. To date, 210 of our troops have been returned – most of them are heroic defenders of Azovstal,” Ukraine’s defence intelligence directorate said on Twitter.

There has been little information about the fate of the estimated 2,000 Azovstal defenders. Kyiv is seeking the handover of all in a prisoner swap, but some Russian lawmakers want some of the soldiers put on trial.

“Work continues on bringing home all of the captured Ukrainian defenders,” said the directorate.

The families of Ukraine’s Azov unit of the national guard had earlier reported the return of some bodies.

Last week an exchange of 160 bodies between Russia and Ukraine was announced by Ukraine’s Ministry of Reintegration of the Temporarily Occupied Territories.

“It’s important to note that a third of the bodies (handed over) were Azov fighters, the affiliation of the other fighters to different units is being clarified,” the families said in a statement on Monday.

Russia casts the Azov Regiment, which led the defence of the steel works at Mariupol, as a “Nazi” militia with radical far-right origins.

Ukraine denies that, saying the unit has been reformed and integrated into its armed forces and is outside politics.