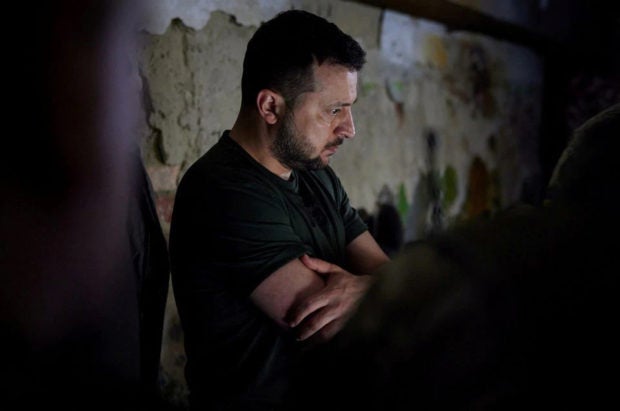 KYIV — Ukrainian President Volodymyr Zelensky said on Monday that the United Kingdom has been providing weapons Kyiv needs to fight the war with Russia and thanked Prime Minister Boris Johnson for “complete” understanding of the needs.

Britain said on Monday that, in coordination with the United States, it will supply Ukraine with multiple-launch rocket systems that can strike targets up to 80 km (50 miles) away as part of a new UK military aid for Kyiv.

“I am grateful to Prime Minister Boris Johnson for the complete understanding of our demands and preparedness to provide Ukraine with exactly the weapons that it so needs to protect the lives of our people,” Zelenskiy said in his nightly video address.

On Monday, Ukrainian and Russian troops fought street by street for control of the industrial city of Sievierodonetsk in a pivotal battle of the Kremlin offensive in Ukraine’s eastern Donbas region.

Zelenskiy and Johnson held a phone conversation in which, Zelenskiy earlier said, the two were “looking for ways to avoid the food crisis & unblock (Ukraine’s) ports,” referring to Russia’s naval blockade of Ukraine which has left the latter unable to export much of its agricultural produce.