Why US gun violence spikes in warm weather | Inquirer News 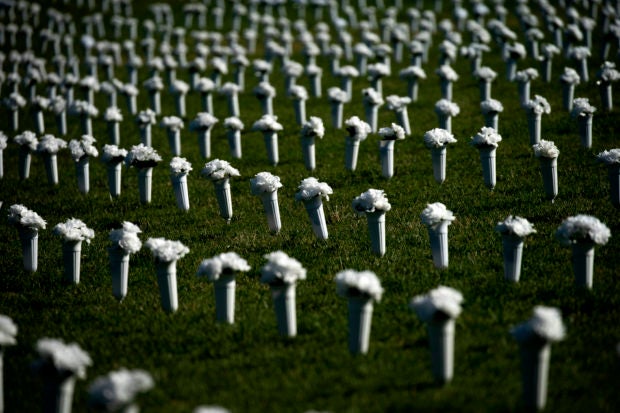 WASHINGTON—From the Texas school massacre to a Tulsa hospital shooting and many less-reported incidents, a recent spate of gun violence across America bears out a trend police departments have long sworn by: murders go up in warmer weather.

The link has been written about for decades by criminologists, with more recent research drilling down on the precise relationship between temperature and crime rates.

For those who have studied the question, there are common sense as well as potentially less obvious mechanisms at play.

First, the more obvious: “It’s hard to shoot somebody if there’s nobody around,” David Hemenway, a professor of health policy at the Harvard TH Chan School of Public Health, told AFP, explaining why gun crime is lower in bad weather.

A second, more controversial idea is that heat itself — as opposed to weather that encourages people to be out — might rev up conflict.

While there are many causes behind the rising tide of gun violence in the United States, weather could play an increasingly important role in world that is fast warming due to climate change.

Hemenway said he had long been interested in the relationship between heat and higher crime given stereotypes about the north-south divide within the United States and Italy, as well as between the northern European states of Scandinavia and southern Mediterranean countries.

In 2020, he co-wrote a paper in Injury Epidemiology led by his then-graduate student Paul Reeping examining the city of Chicago between 2012 and 2016.

The paper used reports from the Chicago Tribune to get the number of shootings per day, and then matched those against daily high temperature, humidity, wind speed, difference in temperature from historical average, and precipitation type and amount.

They also found a 10C higher than average temperature was associated with 33.8 percent higher rate of shootings.

In other words, said Hemenway, it’s not just heat that’s important, but relative heat: “In the winter, there were more shootings on those days which wouldn’t have been hot in the summer but were warm for winter.”

Another recent paper, led by Leah Schinasi of Drexel University and published in the Journal of Urban Health in 2017, looked at violent crime in Philadelphia.

“I live in Philadelphia, and I remember biking home from work on a very hot day and observing how cranky everyone seemed. I was interested to see if this observation translated to higher rates of crime on hot days,” she told AFP.

She and co-author Ghassan Hamra did indeed find violent crimes happened more often in the warmer months — May through September — and were highest on the hottest days.

The contrast was most striking on comfortable days in the colder months — October through April — compared to colder days in those months.

When temperatures reached 21C (70F) during that time period, daily rates of violent crime were 16 percent higher compared to 6C (43F) days, the median for those months.

Hemenway believes that both of the main hypotheses on the subject — that more people being outside opens more possibilities of hostile interactions, and that heat itself makes people more aggressive — could be true.

A striking study published by the National Bureau of Economic Research in 2019 involved placing university students in Kenya and California in either hot or cold rooms and measuring the impact on a number of behavioral categories.

It found “heat significantly affects individuals’ willingness to voluntarily destroy other participants’ assets” in the form of gift cards and vouchers.

When it comes to the overall issue of gun violence, there are far bigger drivers than temperature, Hemenway acknowledged.

These include the fact there were an estimated 393 million guns in circulation in the United States in 2020, more than the number of people, while many states have moved in recent years to ease rather than toughen restrictions.

But better understanding the relationship with weather could have policy implications — for example finding more activities for young males to keep them off street corners on the hottest summer days, and boosting police presence in key areas based on forecasts.

“It’s sort of a harm reduction,” said Hemenway. “But even if this wasn’t a gun problem, I suspect we would find the same thing if we had evidence about fights and assaults. What the guns do is make hostile interactions more deadly.”