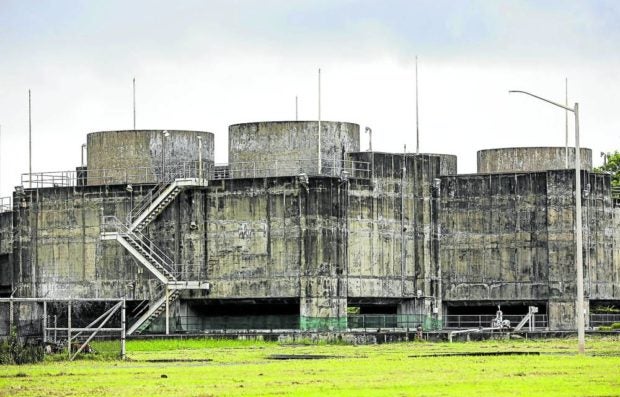 MOTHBALLED | The Bataan Nuclear Power Plant is no more but an idle structure that still bleeds taxpayers $155,000 daily for debt-servicing. The incoming administration sees it as the solution to the country’s power crisis. (FILE PHOTO)

MANILA, Philippines — As the incoming administration of President-elect Ferdinand Marcos Jr. considers the inclusion of nuclear power in the country’s energy mix, the government’s nuclear science chief is pushing for the adoption of small modular reactors (SMRs) instead of refurbishing the mothballed Bataan Nuclear Power Plant (BNPP).

SMRs are a fraction of the size of conventional nuclear power reactors and can produce low-carbon electricity at about a third of the generating capacity of traditional nuclear facilities, according to the International Atomic Energy Agency.

Carlo Arcilla, director of the Department of Science and Technology’s Philippine Nuclear Research Institute, told a forum last week that the Philippines could save from the construction cost because SMRs are built in the country of origin.

In his presentation, Arcilla indicated that SMRs are ideal for isolated islands in the country not connected to the grid.

“Some countries — South Korea, China, and Argentina — are already doing that but the problem is there is no working model yet for the regulation (of SMRs),” he said, noting that the most advanced design is that of the NuScale in the United States.

The US Department of Energy said advanced SMRs offer many advantages such as relatively small physical footprints, reduced capital investment, and the ability to be sited in remote locations. They also have a very negligible risk of experiencing a meltdown.

After the United States and the Philippines entered into a memorandum of understanding on March 13, 2022, to boost their “strategic civil nuclear cooperation,”  the Department of Energy (DOE) began a feasibility study to determine the viability of using SMRs in certain areas in the country.

Their commercial deployment, however, has yet to be backed by research, according to the DOE.

Addressing the so-called elephant in the room, which is the rehabilitation of the mothballed BNPP, Arcilla disputed claims that the “dilapidated” power plant is not functional “because there are three plants of the same build running right now.”

“Korea has an exact copy of the BNPP and they made an offer to revive [it],” Arcilla said, adding that South Korea was also able to build four nuclear power plants for the United Arab Emirates with the help of many Filipino engineers.

South Korea started its nuclear power program around the same time as the Philippines, he said, but now has 23 nuclear power plants and about half of the electric rates prevailing here.

Aside from South Korea, Brazil and Slovenia also have power plants that are the exact model of BNPP and have been operating for nearly four decades.

Among the recommendations of Arcilla to the incoming administration is that while it plans to tap nuclear energy to solve the looming power crisis, it must conduct a detailed geologic study of the dormant volcano Mt. Natib before the possible operation of BNPP.

“If the President asks me to have a nuclear program, I will (also) tell him to start the waste management disposal at the same time,” he said.

According to Arcilla, who is also a geologist, nuclear waste can last up to 10,000 years so geologic disposal or burying the materials deep into the ground, was the way to isolate them from the human environment.

Controversy has hounded the BNPP since it was built on the coastline of the Bataan peninsula in 1976, mainly because it was funded by a $2.3-billion loan from foreign creditors, including its builder Westinghouse Electric Co. which provided the plant’s light water reactor.

Following the overthrow of President Ferdinand Marcos in 1986, his successor Corazon Aquino decided against operating the plant. Its physical structure remains standing despite natural calamities that hit the country over the past 30 years that it was closed.

Arcilla said his proposal for the next administration would be to use existing technologies for deep boreholes in isolated islands, “put the waste there and plug it with bentonite,” which is responsible for trapping the uranium that can cause lung cancer.

In 2019, the DOE conducted a public perception survey which indicated that 79 percent of Filipinos approved or accepted the possible use or rehabilitation of the existing nuclear power plant.