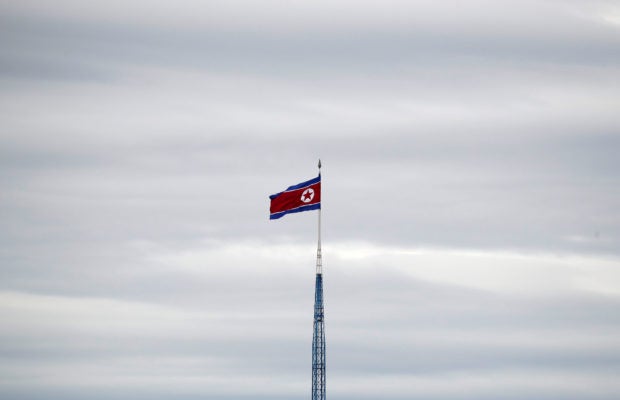 A North Korean flag flutters on top of a 160-metre tower in North Korea’s propaganda village of Gijungdong, in this picture taken from the Tae Sung freedom village near the Military Demarcation Line (MDL), inside the demilitarised zone separating the two Koreas, in Paju, South Korea, April 24, 2018. (REUTERS/Kim Hong-Ji/File Photo)

SEOUL  – North Korea fired at least one ballistic missile towards the sea off its east coast, the South Korean military said on Sunday, a day after a top U.S. envoy departed Seoul.

In recent weeks, North Korea has test fired a range of missiles, including its largest intercontinental ballistic missile (ICBM).

U.S. Special Representative Sung Kim met his South Korean and Japanese counterparts, Kim Gunn and Funakoshi Takehiro, in Seoul on Friday to prepare for “all contingencies” amid signs North Korea is preparing to conduct a nuclear test for the first time since 2017.