Ben Diokno: PH poverty level will be down to 1 out 10 Filipinos by 2028 | Inquirer News
Close
menu
search 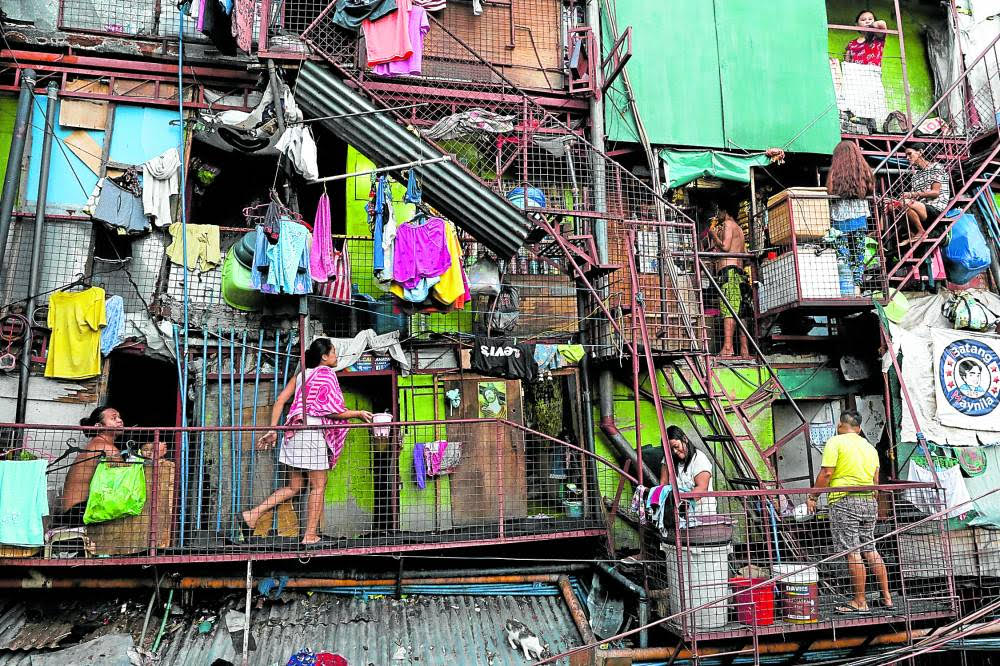 (FILE) Residents of a small apartment building in Tondo, Manila, do their house chores outside their units. — REUTERS FILE PHOTO

MANILA, Philippines — Incoming Finance Secretary Benjamin Diokno believes the country’s poverty level will be down to 1 out of 10 Filipinos by 2028, the end of the term of President-elect Ferdinand “Bongbong” Marcos Jr.

But this will be if the country’s economy grows at 7% this year then 6% for the next six years, which may bring down the Philippines’ budget deficit-to-gross domestic product (GDP) ratio to 3%, Diokno said.

“Ako’y naniniwala na by that time, poverty in the Philippines will be just 1 out of 10 [Filipinos] or even lower,” he said in an interview over OneNews PH’s The Chiefs on Thursday night.

(I believe that by that time, poverty in the Philippines will be just 1 out of 10 Filipinos or even lower.)

Diokno said the incoming economic managers are aiming to bring down the country’s budget deficit-to-GDP ratio to 3% by the end of Marcos Jr.’s term, believing this is doable given the present tax system that the Duterte administration will leave behind.

“So ganun ang plano namin then we will accomplish our plan which originally adapted na we will achieve the upper-middle-income country ang Pilipinas by maybe in a year or two and another target that was disrupted because of the pandemic, that we will get A rating,” he said, pointing out that the country is currently at B to B+ rating,” he said.

The current Department of Finance has proposed new and higher taxes plus a three-year deferral of income tax reductions scheduled for individual taxpayers to pay off the country’s debts.

However, Diokno earlier said he does not favor raising taxes even as the incoming Marcos administration is set to inherit a huge debt.

But he said the incoming economic managers will still look at the suggestion of the outgoing administration and “figure out which are doable and not doable.”