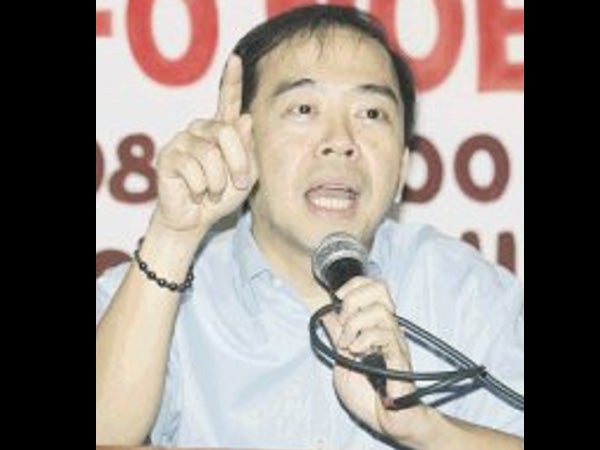 Guevarra said this after he confirmed to reporters that Lozada voluntarily surrendered to the National Bureau of Investigation (NBI).

“Yes, I confirm that, but eventually he will be transferred to the national penitentiary to serve his sentence,” said Guevarra.

However, Lozada’s transfer depends on the court’s order of commitment. “Unfortunately, I have no copy of such order,” said Guevarra.

Lozada, along with his brother Orlando, earlier turned themselves in to the NBI after the Sandiganbayan reportedly issued an arrest warrant against them over the Supreme Court’s decision affirming their conviction for a land deal involving the state-owned Philippine Forest Corp. (PFC).

The two are currently at the NBI office.

Lozada was the whistleblower in the NBN-ZTE case in 2008, and testified in the graft trial of former First Gentleman Mike Arroyo and former Commission on Elections chairman Benjamin Abalos who allegedly used their influence to lobby for the broadband deal with China.

Four years after this, the Sandiganbayan filed graft charges against Lozada and his brother. The two were then found guilty of one count of graft for awarding the lease contract of 6.599 hectares of public land under the PFC’s Lupang Hinirang Program to his brother Orlando without undergoing the regular application process in 2016.

Sent to prison, NBN-ZTE deal whistleblower has no regrets