Over 500 Ifugao folk displaced in clash 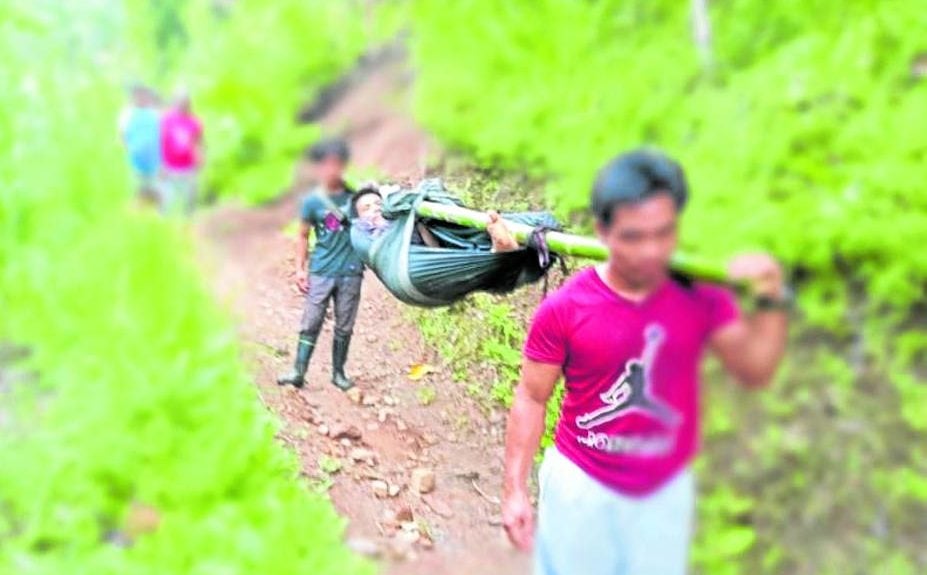 RESCUED In this photo taken on May 26, villagers in Asipulo, Ifugao, take a wounded NewPeople’s Army rebel to the town hall so he can be given medical attention after a clash with government troops in Barangay Namal. —PHOTO COURTESY OF ARMY’S 54TH INFANTRY BATTALION

BAGUIO CITY—At least 515 people belonging to 122 families were forced to seek shelter at a public school and a village hall in Asipulo town, Ifugao province, following a series of clashes between government troops and communist rebels this week, authorities said on Thursday.

Myla Dulnuan, Asipulo municipal social welfare and development officer, said they asked the residents to avoid returning home due to the continuing military operations against the New People’s Army in their community.

Dulnuan said most of the affected residents were evacuated to Namal Elementary School in Barangay Namal, while some were temporarily staying at Pula barangay hall compound.

“We cannot assure the villagers’ safety should they go back. We asked them to refrain from returning to the forest just yet,” Dulnuan told the Inquirer in a text message.

She said some of the villagers wanted to go home as some of them have gardens near the forest.

“But we told them to prioritize their safety,” Dulnuan said, adding that the evacuees were undergoing stress debriefing and basic life support sessions.

They were also trained in recycling and producing organic fertilizer to provide them with a source of livelihood.

Dulnuan said the villagers began to leave their homes on May 23 when government troops from the 54th Infantry Battalion (IB) and the rebels engaged in a 20-minute firefight in Namal.

The rebels later withdrew, reportedly dragging along the wounded.

Another firefight erupted between government forces and the NPA in Namal on May 24, which wounded a rebel. Army soldiers seized three high-powered guns and personal belongings after the clash.

Some Namal villagers and employees of Asipulo municipal hall assisted the wounded rebel, who was taken to a hospital in Lamut town, also in Ifugao, for treatment.

On May 29, a rebel was killed in another clash in Namal.