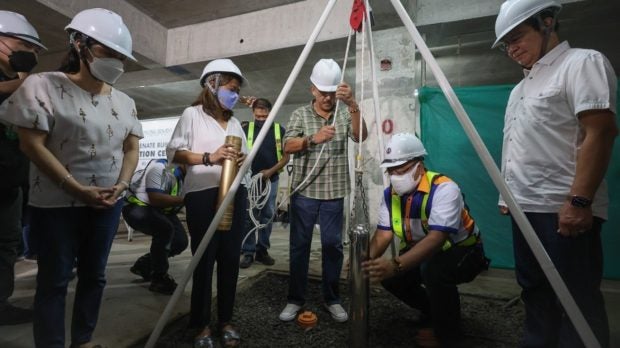 He said it would be a “bittersweet moment” once senators leave behind the upper chamber’s current building in Pasay City.

During the dedication ceremony at the basement of the new Senate building in Fort Bonifacio in Taguig City, Sotto recalled how the upper chamber’s old building in Manila and the current building in Pasay City served as witness of history.

“If only the walls could speak, the stories of the past would be endless. It would be a bittersweet moment to leave behind the Senate’s residence for over two decades” Sotto said at the event.

“But I am confident, the new Senate building will undoubtedly kickstart a new and better chapter for the Senate of the Republic,” he added.

The new Senate headquarters is located on a 1.8-hectare property at the Philippine Navy Village and will have enough space for at least 65 senators.

Aside from Sotto, Senators Panfilo Lacson and Nancy Binay also attended the event.