Next admin can get Duterte as consultant in war vs drugs, says PDEA chief | Inquirer News

Next admin can get Duterte as consultant in war vs drugs, says PDEA chief 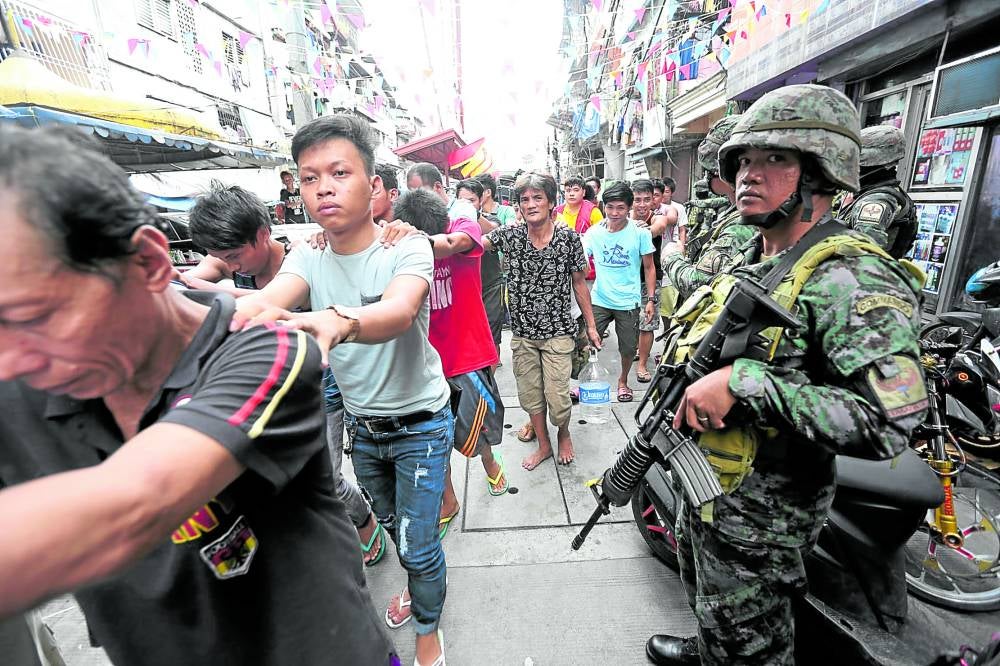 (FILE) One of the first anti-drug crackdowns under the Duterte administration results in the death of seven suspects and the arrest of around 200 others in San Miguel, Manila, in this Oct. 7, 2016, photo. The President’s bloody war on drugs later earned him complaints in the International Criminal Court. —MARIANNE BERMUDEZ

“This whole war on drugs is his idea. We just supported him on how we will do it. But he can be a good consultant for the anti-drug campaign,” Villanueva said in a press briefing in Cavite.

(What’s good is that he comes from the local government where there were problems about crime, kidnapping, terrorism and drugs. And then he managed to turn the situation around. We did not stray away from what he did.)

Duterte earlier said he will retire at the end of his term as president.

The International Criminal Court even opened an investigation into alleged crimes against humanity committed in the conduct of the drug war. The investigation was however, suspended in November 2021 at the request of the Philippine government.

Duterte has admitted being unable to end the country’s drug problem, which he had promised to do shortly after assuming office in 2016.

The PDEA said that more than 6,000 were killed in the government’s war on drugs as of April 30.