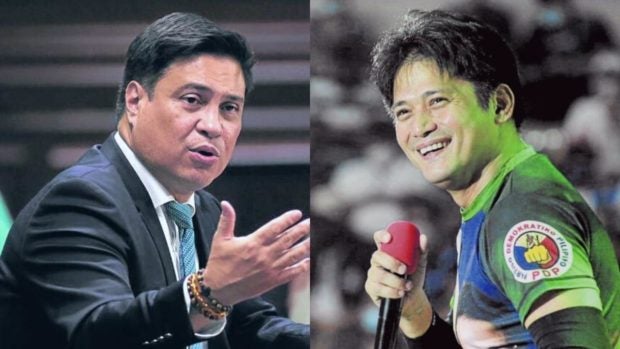 Senate Majority Leader Juan Miguel Zubiri has this one advice to political rookie, incoming Senator Robin Padilla, especially since he wants to lead the Senate committees on constitutional amendment and public information.

Zubiri said Padilla may end up being the chairperson of the Senate committee on constitutional amendments since he has asked for it and no other senator would like to head it.

“‘Yung Constitutional Amendments, hinihingi niya talaga ‘yan. (He really asked for it.) No other member of ours wishes to head that committee. Kung ‘yan talaga ang adhikain niya, he might shine,” he said in an interview over ABS CBN’s TeleRadyo on Wednesday night.

(He should study the Constitutional amendments and revision of laws well. Laws that need to be amended, especially in issues surrounding criminal law and other corporate law, will pass through him and his committee.)

Zubiri said the committee is usually headed by a lawyer since revising laws, apart from Constitutional amendments, is also part of the tasks of the committee.

(In truth, lawyers usually head that committee but he wants it so he may show an effort for it.)

His only one appeal to the incoming neophyte senator: study well.

Padilla earlier said he would hire lawyers, particularly Atty. Salvador Panelo, who served as the presidential chief legal counsel of President Rodrigo Duterte, “as his “legislative consultant, adviser, and mentor.”

Panelo also ran for senator under the banner of President-elect Ferdinand “Bongbong” Marcos Jr., but failed to secure a seat.

Zubiri said that there is nothing wrong with hiring lawyers as part of his staff, but said Padilla would still have to study since he will be the one talking on the floor and debating with resource persons.

(You’re the one who has to talk so you have to know the legal terminologies, which cannot be simplified.)

Padilla, who is an actor, would have to talk and debate with constitutionalists, seasoned lawyers and deans of Philippine law schools if he heads the said committee.

Zubiri, however, said that Padilla should be given the “benefit of the doubt” since he can study for the job before assuming the post.

He also said that Padilla is not yet assured of the chairmanship of the committee since the plenary has still to vote for him.

(So he needs to talk to all the members and convince them that he is suitable for the position because he will study hard. That is not automatic.)

Padilla, 52, emerged as the No. 1 senator in the elections on his first try with a total of 26,612,434 votes, according to the final, official tally from the Commission on Elections sitting as the National Board of Canvassers.

He has been very supportive of calls for a shift to a federalism form of government and has vowed to push for Charter change as senator.

Padilla has a degree in Criminology from the Philippine College of Criminology.