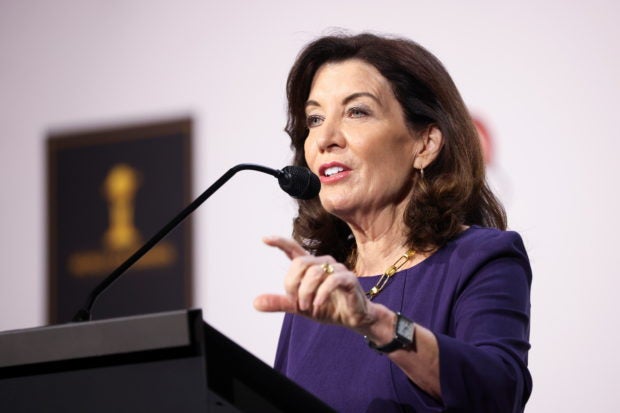 A total of 10 bills have been introduced in the New York State Legislature intended to tighten gun control, including one that would raise the minimum age to purchase a semi-automatic rifle from 18 to 21, Governor Kathy Hochul said on Tuesday.

State lawmakers will consider the proposals following two mass shootings in the past month: at a supermarket in Buffalo, New York, in which 10 people were slain and at school in Uvalde, Texas, where 19 students and two teachers were killed. In both cases, the alleged gunman was 18 years old.

“Within the last month, two horrific mass shootings in Buffalo and in Texas have rattled this nation to our core and shed a new light on the urgent need for action to prevent future tragedies,” Hochul said in a statement.

The first funeral services for victims of the Uvalde shooting rampage were scheduled for Tuesday, for a pair of 10-year-old girls killed in the attack.