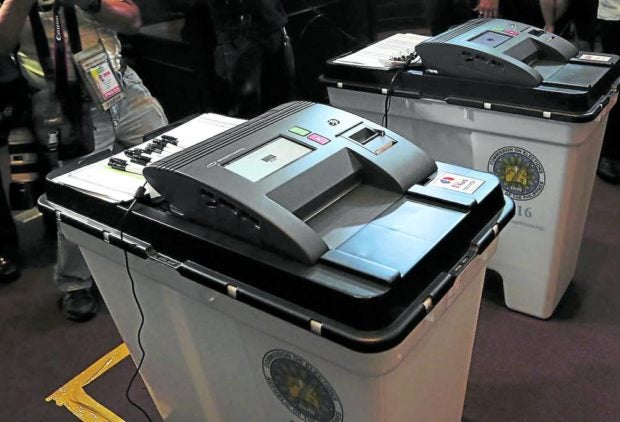 MANILA, Philippines — The Commission on Elections (Comelec) would need an estimated P6.7 billion to lease 97,000 new vote counting machines (VCMs) for the next polls, aiming to replace the “old” ones, a Senate panel learned Tuesday.

During a hearing of the Senate electoral reforms committee, Comelec chairman Saidamen Pangarungan stressed the need to lease new VCMs for future polls.

He attributed the malfunctions recorded in the VCMs used during the May 9 polls to the lack of budget given to the poll body.

For the 2022 budget, Comelec had requested a P12-billion allocation but was only given P8 billion by Congress, according to Pangarungan.

“Kaya po napilitan ang [It forced the] Comelec to refurbish the vote counting machines and then we have these malfunctions in the VCMs,” Pangarungan told the committee, which is chaired by Senator Imee Marcos.

According to Comelec commissioner George Garcia, 97,000 VCMs are already considered “very old” and that the poll body had to lease 11,100 additional new machines.

“So ako po [I] personally would recommend to the en banc—in case we’ll still be there—to retire the 97,000, it is no longer feasible at this point to use these machines in 2025,” he said.

Marcos asked how much leasing 97,000 new VCMs would cost.

“In the past elections, the lease price is about 70 percent of the purchase price. Just for the sake of discussion, kung P100,000, 70 percent [is] P70,000 per VCM,” Comelec director Bartolome Sinocruz Jr. told the senator.

“So that would bring us to P70,000 x the 97,000? P6.7 [billion], right?Somewhere there?” Marcos asked in response. Sinocruz confirmed the senator’s computation.

Marcos then suggested leasing the new machines by phase considering the amount needed to do so.

“So P6.7 billion. I don’t think we have that amount burning a hole in our pockets right now. But I think we could start, kahit phase by phase lang muna [We can do this phase by phase for now],” she added.

According to Garcia, a total of 1,310 VCMs were replaced on election day.

Of this number, 1,295 VCMs were those used in the country while 15 others were VCMs used for overseas voting.