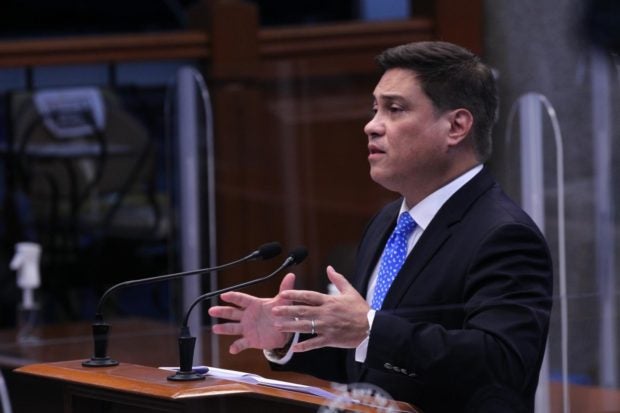 MANILA, Philippines—Though he has yet to assume office, President-elect Ferdinand “Bongbong” Marcos Jr. has already discussed with congressional leaders the need to immediately “shape up” the legislative agenda for the next Congress.

This is according to Senate Majority Leader Juan Miguel Zubiri, citing his discussion with Marcos Jr.

“In my discussion with our incoming president, President-elect  Bongbong Marcos,  he wants to shape up the legislative agenda immediately,” Zubiri said in an interview at the Senate on Monday.

“He instructed me and incoming Speaker Romualdez to sit down and discussed possible legislative agenda for the Sona [state of the nation address], discussions for the Sona,” he said.

Zubiri was referring to House Majority Leader Martin Romualdez, who  has been endorsed by many of his colleagues  in the House of Representatives to be the next Speaker.

In return,  Zubiri  said he committed  to Marcos  Jr. that he would  help  him  whether or not he becomes the next Senate president.

“So we have a series of meeting and we’ve been discussing how we can assist the President-elect on his legislative agenda for   the 19th Congress,” the Senate Majority Leader went on.

Zubiri, and  Senators Cynthia Villar and Francis “Chiz” Escudero are among those said to be eyeing the top  Senate post.