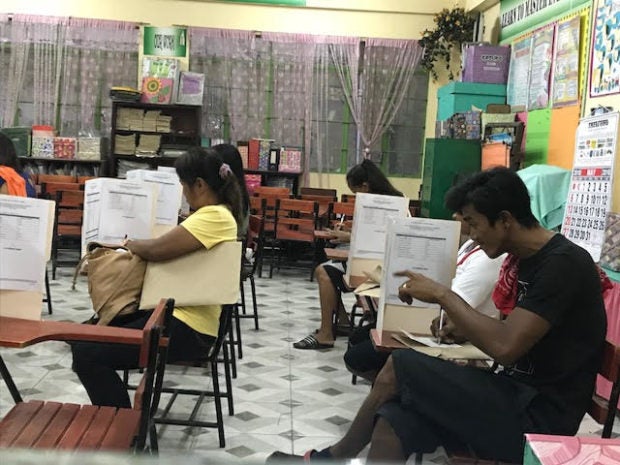 FILE Some early voters start to cast their votes for the 2018 barangay elections at the P. Burgos Elementary School in Manila on May 14, 2018. INQUIRER.NET / FAYE ORELLANA

MANILA, Philippines — Village officials may have longer term than the president of the Philippines if the  barangay and Sangguniang Kabataan (SK) elections this year would be postponed  anew.

Senate  President Vicente “Tito” Sotto III said this in jest on Monday  as he joined other sectors in opposing the postponement of the elections slated on December 5.

In 2016, the barangay and SK elections were postponed to 2018.  The following year, President Rodrigo Duterte signed a law moving the May 2020 elections to  December 2022.

The possibility of  postponing the elections floated anew with House Majority Leader Ferdinand Martin Romualdez saying this would free up over P8 billion in funding which could be used for the government’s COVID-19 response.

There is a pending bill in the House of Representatives seeking to postpone the barangay and SK elections to May 6, 2024.

But for Sotto, it would be better if next Congress should get the opinion first of President-elect Ferdinand “Bongbong” Marcos  Jr on the issue.