Nepal flight missing with 22 on board 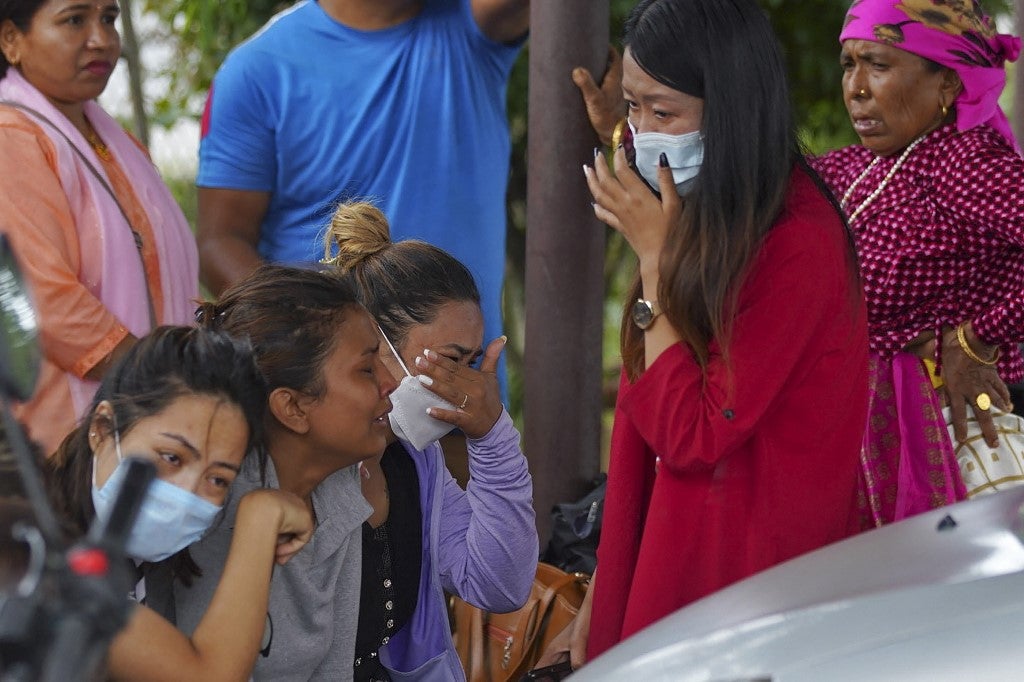 Family members and relatives of passengers on board the Twin Otter aircraft operated by Tara Air, weep outside the airport in Pokhara on May 29, 2022.  (Photo by Yunish Gurung / AFP)

KATHMANDU, Nepal — A passenger plane went missing in Nepal on Sunday with 22 people on board, its airline said.

The Twin Otter aircraft took off from the western town of Pokhara at 9:55 am (0410 GMT) but soon lost contact with air traffic control.

He said there were 19 passengers on board and three crew members.

Phanindra Mani Pokharel, a spokesman at the Ministry of Home Affairs, said two helicopters have been deployed for a search operation.

But he said visibility was low.

“The bad weather is likely to hamper the search operation. The visibility is so poor that nothing can be seen,” Pokharel said.

Jomsom is a popular trekking destination in the Himalayas about 20 minutes by plane from Pokhara, which lies west of Kathmandu.

Nepal’s aviation industry has boomed in recent years, flying tourists, trekkers and climbers as well as goods to remote corners where road access is limited.

But the impoverished Himalayan nation has a poor air safety record due to insufficient training and maintenance.

The European Union has banned all Nepali airlines from its airspace over safety concerns.

The country also has some of the world’s most remote and tricky runways, flanked by snow-capped peaks with approaches that pose a challenge for even accomplished pilots.

The following year three people died when a plane veered off the runway and hit two helicopters while taking off near Mount Everest.

The accident happened at Lukla airport which is the main gateway to the Everest region and is reputed to be one of the most difficult in the world for landings and take-offs.

Also in 2019 Nepal’s tourism minister Rabindra Adhikari was among seven people killed when a helicopter crashed in the country’s hilly east.

This month Nepal’s second international airport opened at Bhairahawa, aiming to give Buddhist pilgrims from across Asia access to the Buddha’s birthplace at nearby Lumbini.

The $76 million project will ease pressure on the overburdened Kathmandu international airport.