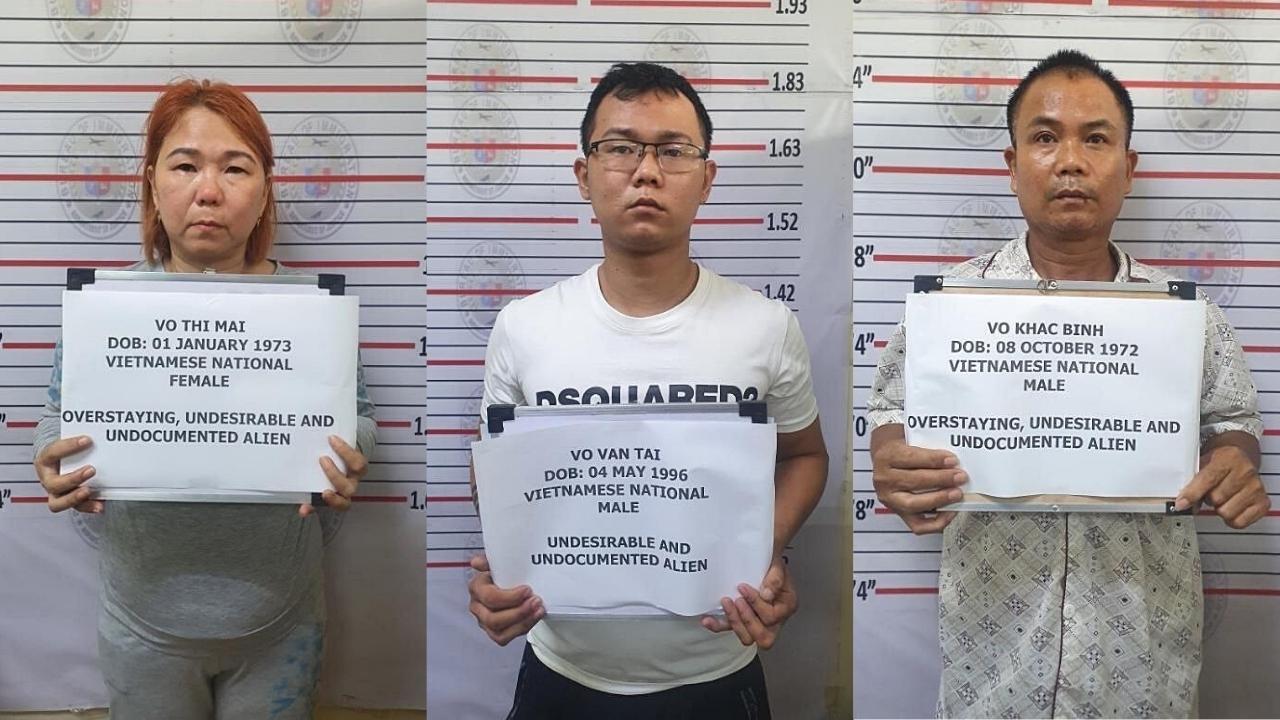 Photos from Bureau of Immigration

MANILA, Philippines — A Vietnamese leader of a lending gang and his cohorts were arrested in Nueva Ecija by the Bureau of Immigration (BI).

“These illegal businessmen are not welcome in the country.  They do not follow our laws, and at the same time bring fear and disorder to the community,” said Morente in a statement Sunday.

Vo Van reportedly led a syndicate which allegedly illegally lends money and injures or kidnaps those who fail to pay their debts, the BI said.

The syndicate transfers from various places in Luzon to evade arrest and cover up their illegal transactions.

According to BI Intelligence Division Chief Fortunato Manahan Jr., Vo Van showed a counterfeit Bureau of Internal Revenue identification card that was bearing an alias during the arrest.

There was a previous complaint that also reported him for having “numerous spurious documents” to conceal his real identity.

The cohorts meanwhile were found to be undocumented and overstaying in the Philippines.

The three arrested individuals were transported to the BI’s facility in Bicutan, Taguig, pending deportation proceedings.

“We will ensure that once deported, they will not be able to set foot in the country again,” Morente said.

Vietnam police arrest US deportee on suspicion of murdering girlfriend