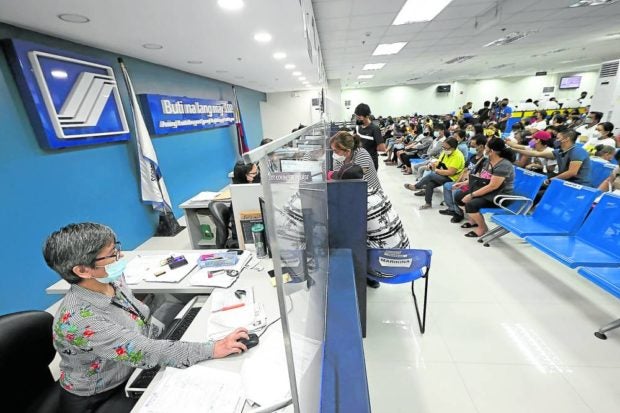 MANILA, Philippines — Sen. Francis Tolentino has called for a congressional inquiry into the reported massive net losses in the finances of the Social Security System (SSS) amounting to P843.9 billion, as shown in its 2021 unaudited financial statements.

Tolentino expressed concern over the reported “huge” net loss of the SSS after filing Senate Resolution No. 1006, which urged the Senate committee on government corporations and public enterprises to investigate the state-run pension fund “to ensure its financial viability and capacity to carry out its fiduciary responsibilities to the general public.”

“The effect of the aforementioned reported losses should be scrutinized for the purpose of crafting laws and regulations that would provide further security to the agency’s long-term financial standing,” he said.

The increase in its net loss from the previous year is due to the recognition of the “margin for adverse deviation in policy reserves,” Regino added.

“Although SSS ensured that its cash flows and funding situation remain secure, there is a need to study the effects of its net losses to ensure it remains financially viable for paying out benefits to covered members,” the resolution read in part.

In the 19th Congress, the Senate committee on government corporations and public enterprises will be headed by a new senator, replacing the outgoing chair Sen. Richard Gordon.

As of April 2021, about 40.49 million Filipinos are enrolled with SSS, with about 30.77 million or 76 percent are employed members, while 5.03 million are voluntary paying members, according to the latest data posted on the agency’s website.

About 3.35 million are self-employed SSS members, and 1.34 million are overseas Filipino workers members, the SSS reported.

According to Tolentino, with the increasing membership base of SSS, Congress should revisit existing social security benefits guaranteed under the Social Security Act of 2018, supposedly to further assist Filipino pensioners and beneficiaries in addressing their financial burdens.

House to look into financial condition of SSS