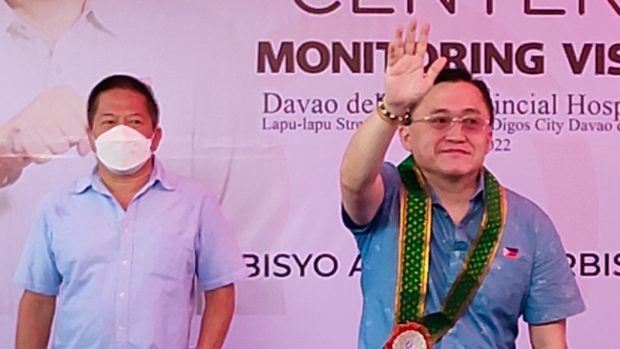 ADVERTISEMENT
Go, who chairs the Senate Committee on Health, was in Davao del Sur on Saturday to monitor one of the 151 Malasakit Centers in the country.

According to Go, the funds will be used until the end of 2022 through the Malasakit Center at the DSPH.

“Don’t thank us. We owe to you what we are now since you gave us the chance to serve you. Thanks also to all the frontliners for all your sacrifices,” Go said.

Go also handed over 10 bicycles to be raffled off among DSPH employees, 10 tablets for students, basketballs, watches, and other items as his way of thanking the people of Davao del Sur for supporting him and President Rodrigo Duterte.

Gov. Marc Cagas asked DSPH employees to shed off their hangover from the just concluded elections and focus on delivering quality health care.

The governor, who is set to be replaced by his wife, is also pushing for the revival of medical missions in different parts of the province to serve those who could not come to the government center to avail of medical services.