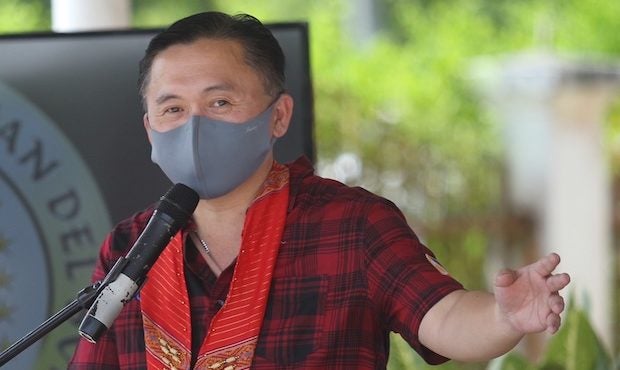 MANILA, Philippines — Sen. Christopher “Bong” Go led the opening on Saturday of the first Malasakit Center in Agusan del Sur — the fifth in the Caraga Region before a sixth was launched later in the day in Tandag City, Surigao del Sur.

With the two openings on Saturday, the country now has 132 Malasakati Center.

The new center is at the Democrito O. Plaza Memorial Hospital in Prosperidad, the capital of Agusan del Sur.

The five other Malasakit Centers in Caraga are in the following places:

In remarks delivered during the Agusan del Sur opening, Go, who serves as chair of the Senate Committee on Health, underscored the need to advance the health of millions of Filipinos living in vulnerable communities.

“In the old days, many of our countrymen would have to get out of the hospital and line up at various government agencies to ask for help,” Go said in Filipino. “Not only did they spend a lot of time but also a lot of money for their transportation. They would borrow money and sell a carabao so that they would have something to pay for their balance [in the hospital].”

”Now, they don’t have to do that,” he added. “If you have your billing from the hospital, just go to a Malasakit Center and they will help you there so that you will have zero balance — that is, you don’t have to pay for anything.” 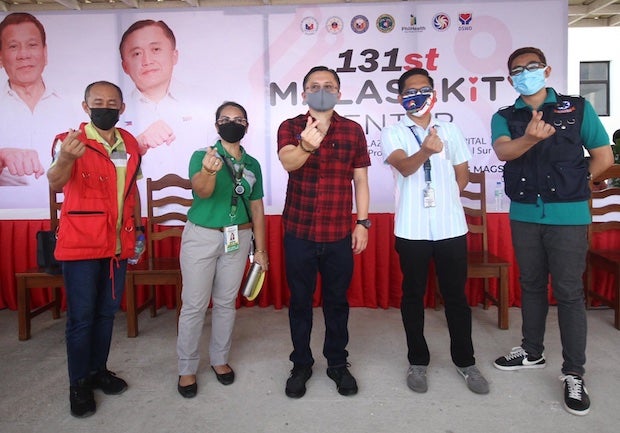 Sen. Christopher G. led the opening of the Malasakit Center at the Democrito O. Plaza Memorial Hospital in Prosperidad, Agusan del Sur, on Saturday, July 31, 2021. (Photo from his office).

Go has been pushing the creation of Malasakit Centers as one-stop shops for patients who need financial aid. At a single location, they can ask for medical assistance from representatives of the Department of Health, the Department of Social Welfare and Development, the Philippine Health Insurance Corp., and the Philippine Charity Sweepstakes Office.

The program was institutionalized under Republic Act No. 11463 — or the Malasakit Centers Act, which President Rodrigo Duterte signed in December 2019.

The act, which Go authored and sponsored in the Senate, was passed with the support of various legislators such as Agusan Del Sur’s 1st District Rep. Alfelito Bascug, who attended the ceremony, and 2nd District Rep. Adolph Edward Plaza.

In his remarks, Go urged the next administration to continue the programs started by President Rodrigo Duterte, especially those that continue to benefit indigent patients.

He also thanked the health workers and other frontliners for their contributions to the fight against COVID-19.  He urged communities to help frontliners by following health measures to prevent the further spread of the disease.

“Although some of you are already vaccinated, don’t be complacent. There is still the threat of the Delta variant, which is four times more contagious than the original variant. Look at what happened in Manila. Our countrymen there are in a pitiable ‘isang kahig, isang tuka’ [hand-to-mouth] situation. These are the ones who have to work every day,” Go said.

”The president and I need your help. We alone cannot do this alone. We need the cooperation and the discipline of every Filipino so that we can get past this crisis,” he ended.

After the ceremony, Go’s staff provided meals, food packs, vitamins, masks, and face shields to a total of 292 frontliners and 126 patients.

Some frontliners also received pairs of shoes and some received bicycles for their daily commuting. Others were also given computer tablets for their children’s education.

The DSWD also handed out financial assistance to patients in need and 213 rank-and-file hospital employees, including janitors and security guards, in a separate distribution.

As vice chair of the Senate Finance Committee, Go has supported numerous infrastructure projects to help boost development and economic opportunities in Agusan del Sur. Among these are the construction of local roads, multipurpose buildings, and evacuation centers.