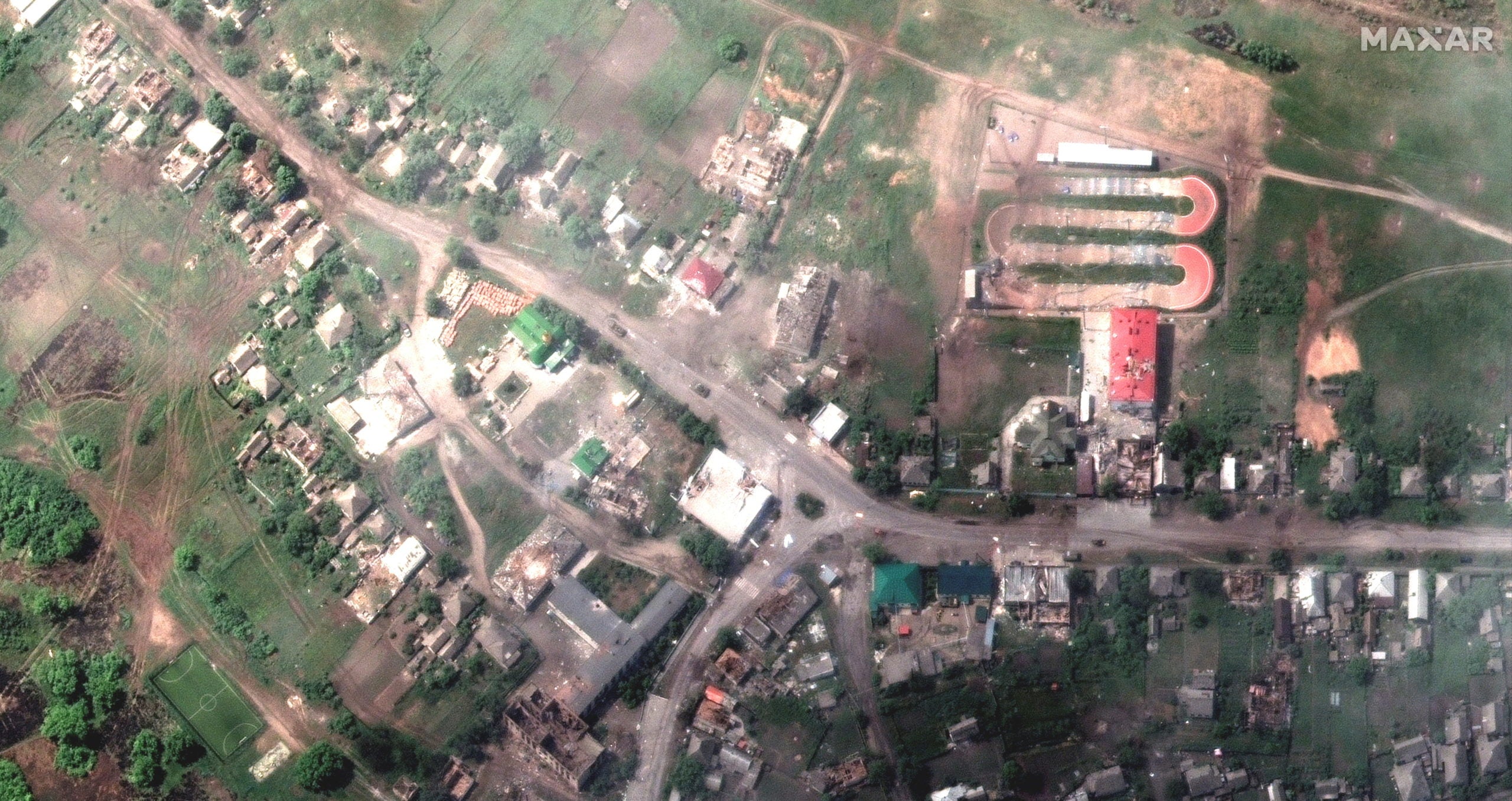 A satellite image shows damaged buildings and a tank on a road, in Lyman, Ukraine May 25, 2022. Satellite image 2022 Maxar Technologies/Handout via REUTERS

MOSCOW — Russia’s defense ministry said on Saturday that the eastern Ukrainian town of Lyman had fallen under the full control of Russian and Russian-backed forces in the region.

Pro-Russian separatists from the self-proclaimed Donetsk People’s Republic had said on Friday that they had fully captured the town, a railway hub west of Sievierodonetsk.

Ukraine said on Friday that Russia had captured most of Lyman but that its forces were blocking an advance to Sloviansk, a city 20 kilometers (12 miles) southwest.

Ukrainian and Russian forces have been fighting for Lyman for several days.

In a daily update, Russia said it had used missile strikes to destroy Ukrainian command posts in Bakhmut and Soledar. Both towns lie on a strategically important road running southwest from Lysychansk and Sievierodonetsk, where the main Russian offensive is now concentrated.

The ministry also said it had destroyed five command and observation posts, hit areas where Ukrainian soldiers and equipment were located and destroyed four ammunition depots near the towns of Nyrkove, Bakhmut and Myronivka.

Reuters could not independently confirm the Russian claims.

Russia forces turned their focus to the Donbas region after running into fierce Ukrainian resistance in other parts of the country and abandoning an assault on Kyiv.

Russia says it is waging a “special military operation” to demilitarize the country and rid it of nationalists threatening Russian-speakers there. Kyiv and Western countries say Russia’s claims are a false pretext to attack the country.