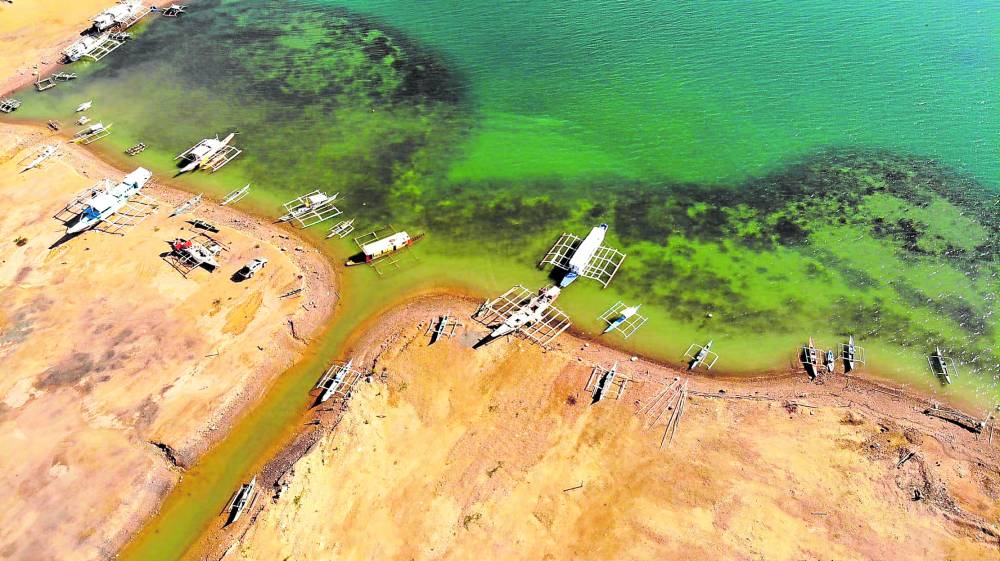 NEW LAND The reclaimed land in the municipality of Coron in Palawan has extended to three villages, burying in soil once unspoiled coastal areas and threatening the marine biodiversity of this tourist-drawing island town. —Photo courtesy of Sagip Coron Palawan

PUERTO PRINCESA CITY―The provincial government of Palawan is not taking the shutdown of its prime reclamation project on the island town of Coron sitting down even as the Department of Environment and Natural Resources (DENR) said it would have to “pass through an eye of a needle” to reverse the cancellation of its environmental compliance certificate (ECC).

Lawyer Christian Jay Cojamco, provincial information officer, said the provincial government would appeal the ECC cancellation order for the project that was already halted even before the DENR revokes the ECC and prior to the issuance of the cease and desist order by the Philippine Reclamation Authority.

“The provincial government of Palawan has suspended all reclamation activities at Coron Bay since February 2021. Rest assured that this status quo will be maintained until all the necessary legal requirements have been complied with,” Cojamco said on Wednesday.

But Environment Undersecretary Jonas Leones on Friday said the proponents of the Coron Bay Development Project (CBDP) would have to undergo “intense screening” and could even face criminal complaints for environmental violations for the reclamation at the Coron Bay.

“We have to first find their (proponents’) liability. Second, it may now be difficult for us [to reconsider the appeal] because there were already violations found by the Mines and Geosciences Bureau, and we have to screen if they faithfully comply with the requirements,” Leones said during a Laging Handa briefing aired on government-run media PTV4.

He added: “ They will definitely find it hard to renew or apply for an ECC. I think they will have to go through the eye of a needle because of their violations.”

Leones said the DENR was already assessing the damage of the reclamation project to the coastal area and the ecosystem in Coron town.

He said the agency would see to it that the project’s proponents would be held liable if they violated provision of the National Integrated Protected Areas System law and the Clean Water Act. “We guarantee that we will not only impose administrative sanctions on them but also criminal [charges] if we see that they should be charged in court,” Leones said.

The project was given an ECC in July 2007 for a 3-hectare coastal reclamation in Coron and another was granted in October 2009 for an additional reclamation of 48 hectares.

Cojamco explained that the noncompliance with the ECC’s requirement for a monitoring report was due to the lack of proper transition of powers when Gov. Jose Alvarez took the reins from former Governors Baham Mitra and Joel Reyes. ECC is required for projects that will significantly and potentially cause negative environmental impacts.

“The project started in 2007 by former Gov. Joel Reyes, who applied for the ECC for a 3-ha project. In 2009, it got another ECC for 48 hectares. Unfortunately, there was no transition for the project, and only in 2018, when Gov. Jose Alvarez continued with the project,” Cojamco said.

Between 2012 and 2018, the project was halted due to “lack of funds” and was only reinstated by Alvarez, who entered into a joint venture with developers for the construction of hotels, docking stations, and other tourism-related facilities in Coron town proper.

Cojamco also stressed that, contrary to the claim of Sagip Coron Palawan, a civic movement staunchly opposing the project, the reclaimed lands will be “turned green” and would match the island town’s iconic land and seascape.

Leones admitted there were lapses on the part of the DENR in the monitoring of the project, which was primarily attributed to the COVID-19 pandemic.

“There was a minor lapse. The progress of the project should have been closely monitored [by local environmental officials]. It’s hard to admit, but we really erred on that part. They (proponents) acted in haste while we were busy addressing the COVID-19 situation,” Leones added.

“Although it is hard to admit, we failed to fully monitor that,” he said, adding that the team from the DENR who inspected the site were surprised that the reclamation project was rushed.

“We were shocked. During the pandemic, we think they took advantage [of the situation] to reclaim and reclaim,” he further said.

On May 12, Joe Amil Salino, regional director of the DENR-Environmental Management Bureau in Mimaropa (Mindoro, Marinduque, Romblon and Palawan), canceled the ECC for the 51-ha CBDP and ordered the immediate suspension of all of its reclamation activities on the island.