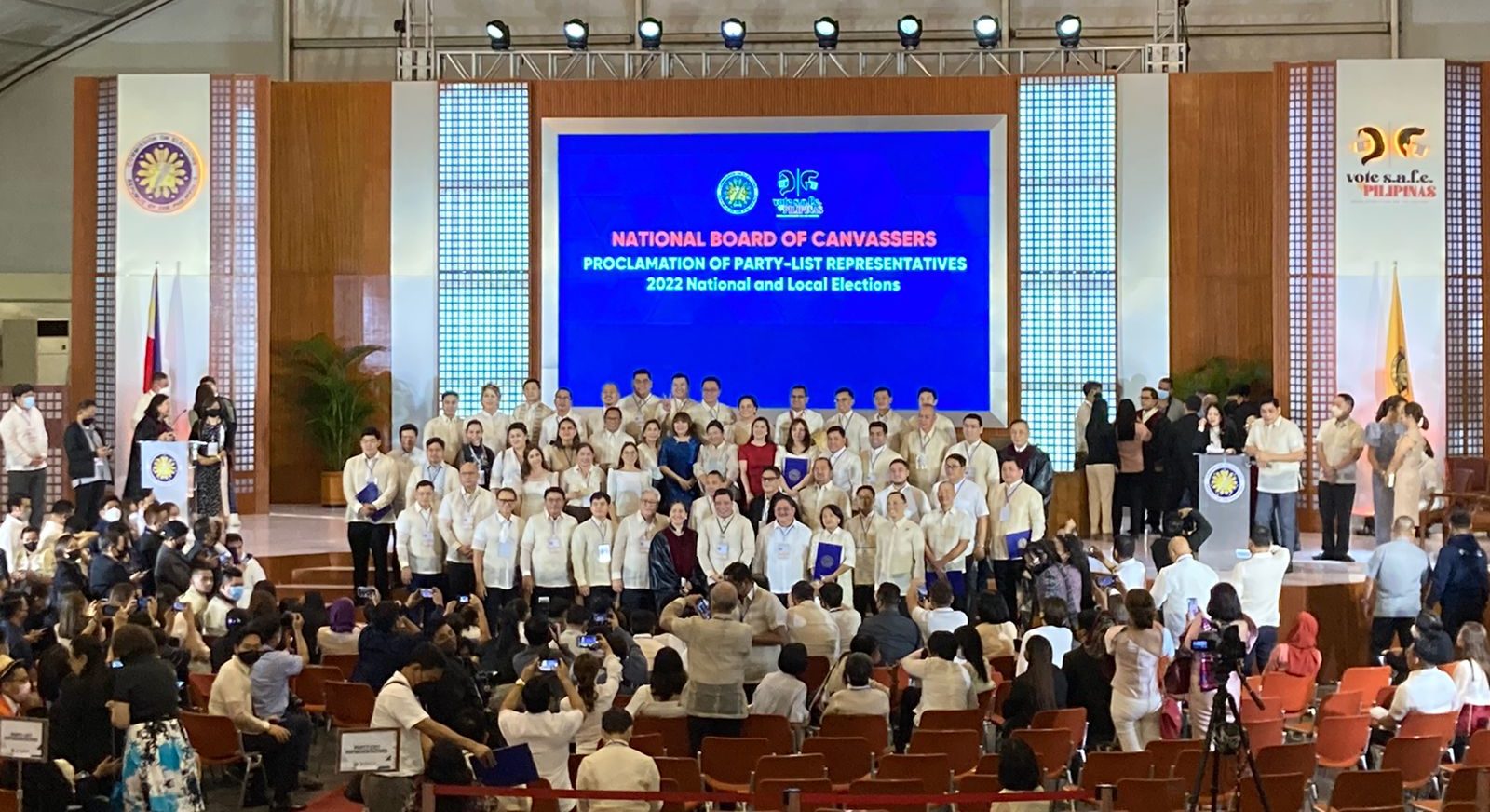 Party-list representatives who won a seat in Congress posed for a photo after their proclamation at the Philippine International Convention Center on Thursday, May 26. Photo by Daniza Fernandez/INQUIRER.net

MANILA, Philippines — Party-list groups that won in the recently-concluded polls were proclaimed by the Commission on Elections (Comelec) on Thursday.

The Comelec, sitting as the National Board of Canvassers, proclaimed the party-lists at the Philippine International Convention Center, where the senators were earlier proclaimed.

Party-lists 1-Rider (Ang Buklod ng mga Motorista ng Pilipinas) and Tingog placed second and third with 1,001,243 and 886,959 votes respectively. Each of them got two seats.

Ranking fourth, 4Ps (Pagtibayin at Palaguin ang Pangkabuhayang Pilipino) got 848,237 votes and two seats in the House of Representatives.

The following are party list groups that got one seat in the House of Representatives:

P3PWD and An Waray were absent during the proclamation. However, Comelec Commissioner George Garcia said their absence does not have any effect on their status.

The winning party-lists took a total of 62 seats in the House of Representatives. The 63rd seat is vacant as the United Senior Citizens, who made the cut, has a pending motion for reconsideration due to having their accreditation denied.

The winning groups will serve for three years beginning noon of June 30.