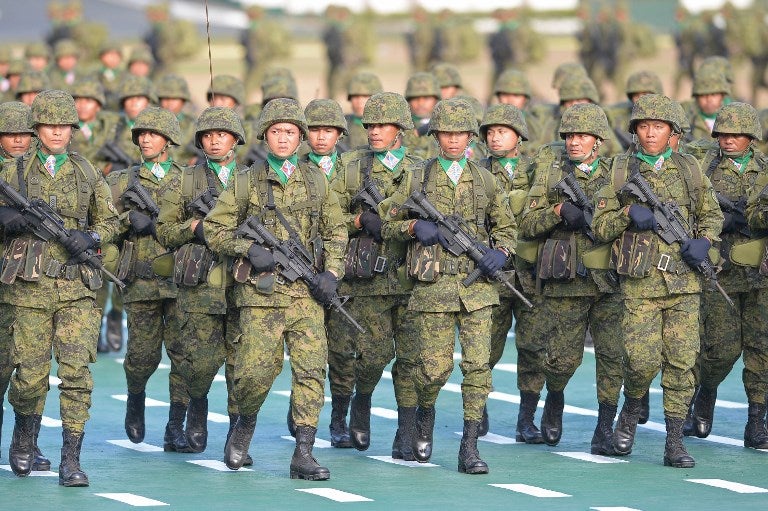 The Army’s 2nd Infantry Division, based in Camp Capinpin in Tanay, Rizal, announced Thursday that the “Candidate Soldier Course” classes 722, 723, and 724 this year are composed of 401 males and 23 females.

The trainees will undergo 16 weeks of “rigorous training” to learn the foundations of soldiery and the Army’s core values.

The training, which started on May 23, aims “to transform them from civilians to reliable, responsible, and committed professional soldiers of the Philippine Army.”

The 2nd ID described the aspirants as “skilled civilians.”

At least 90 of them are college graduates and 214 are senior high school graduates. Of the total number of applicants, 17 are from indigenous people communities.

Major General Rowen Tolentino, 2nd ID commander, congratulated the candidate soldiers “for overcoming the tedious application process and challenged them to overcome the hardships of the training.”

“Don’t neglect this opportunity. Our country needs you so you should have a positive mindset and attitude. Because if your attitude is right, you can surpass any challenge,” Tolentino said in his welcome speech.

On May 18, the 2nd ID assigned 188 new soldiers to several Army units in the region. Some of the recruits were former New People’s Army rebels who surrendered to the government.

The 2nd ID operates in Calabarzon and the island provinces of Mindoro Oriental, Mindoro Occidental, Marinduque and Romblon.