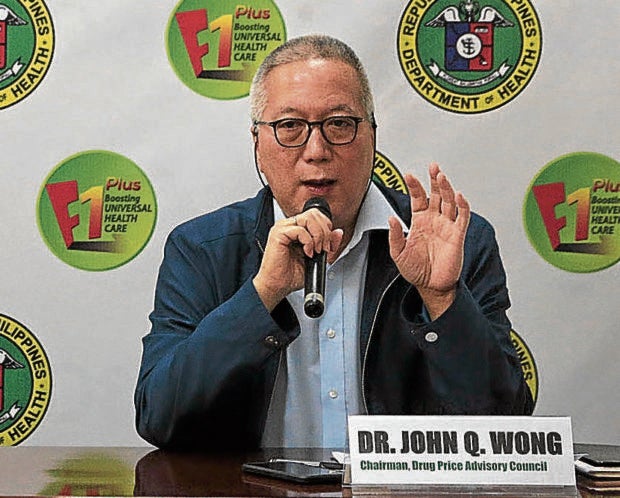 MANILA, Philippines — “Early signals” of another surge in COVID-19 infections are being noted, with instances of reversals in the downward trend of cases posted in the past month, according to an adviser of the Inter-Agency Task Force for the Management of Emerging Infectious Diseases (IATF).

Citing data from Johns Hopkins University, Dr. John Wong, a member of the IATF technical working group for data analytics, said the weekly count of cases entered positive territory in a number of instances over a 30-day period, notably before the May 9 elections and days after the Department of Health (DOH) declared local transmission of virus variants.

The data showed fluctuations in the weekly growth rate from April 22 to May 22. Most of the reported weekly infections had been declining in number but significantly increased around the first week and fourth week of May, to register a positive weekly growth rate of 4-6 percent.

Johns Hopkins defines the weekly growth rate as the change in the number of confirmed cases over the last seven days relative to the number in the previous similar period.

“We’re seeing early signals of a surge. Over the past month, there have been three instances of reversals of the decreasing growth rates of cases,” Wong said in an online press briefing on Wednesday.

“However, even if none have been sustained, we should take these as early warning signals and take the appropriate steps,” he said.

But Wong, founder of the health research institution EpiMetrics, said the public should focus on factors that “increase or decrease the likelihood of a surge,” namely virus variants, people’s behavior, and environment.

He said subvariants with increased transmissibility or potential to escape immune systems, such as BA.2.12.1 or BA.4, “will accelerate the growth of cases.” He also called for a faster pace of vaccination, especially for the vulnerable population.

On Tuesday, the DOH reported that Metro Manila and the rest of Luzon posted an uptick in active COVID-19 cases in the past week, but that the country remained at minimal to low risk for infections as the “slow” upward trend was offset by other indicators including hospitalization and the average daily attack rate.

Per the latest DOH data, 13 of the total 17 regions registered a moving seven-day growth rate on May 23, with only the Cordillera, Western Visayas, Northern Mindanao and the Bangsamoro posting negative numbers.

Director Alethea de Guzman of the DOH Epidemiology Bureau said the uptick in active infections could not be mainly attributed to the entry of variants such as BA.4 and BA.2.12.1, which have registered local transmission in three areas in the country.

But she pointed out that the “immunity wall” of the general population and current cases had not translated to increased hospitalizations.

DOH: Uptick in COVID-19 infections not related to entry of new subvariant cases in PH

Most regions in PH still at ‘minimal risk’ for COVID-19