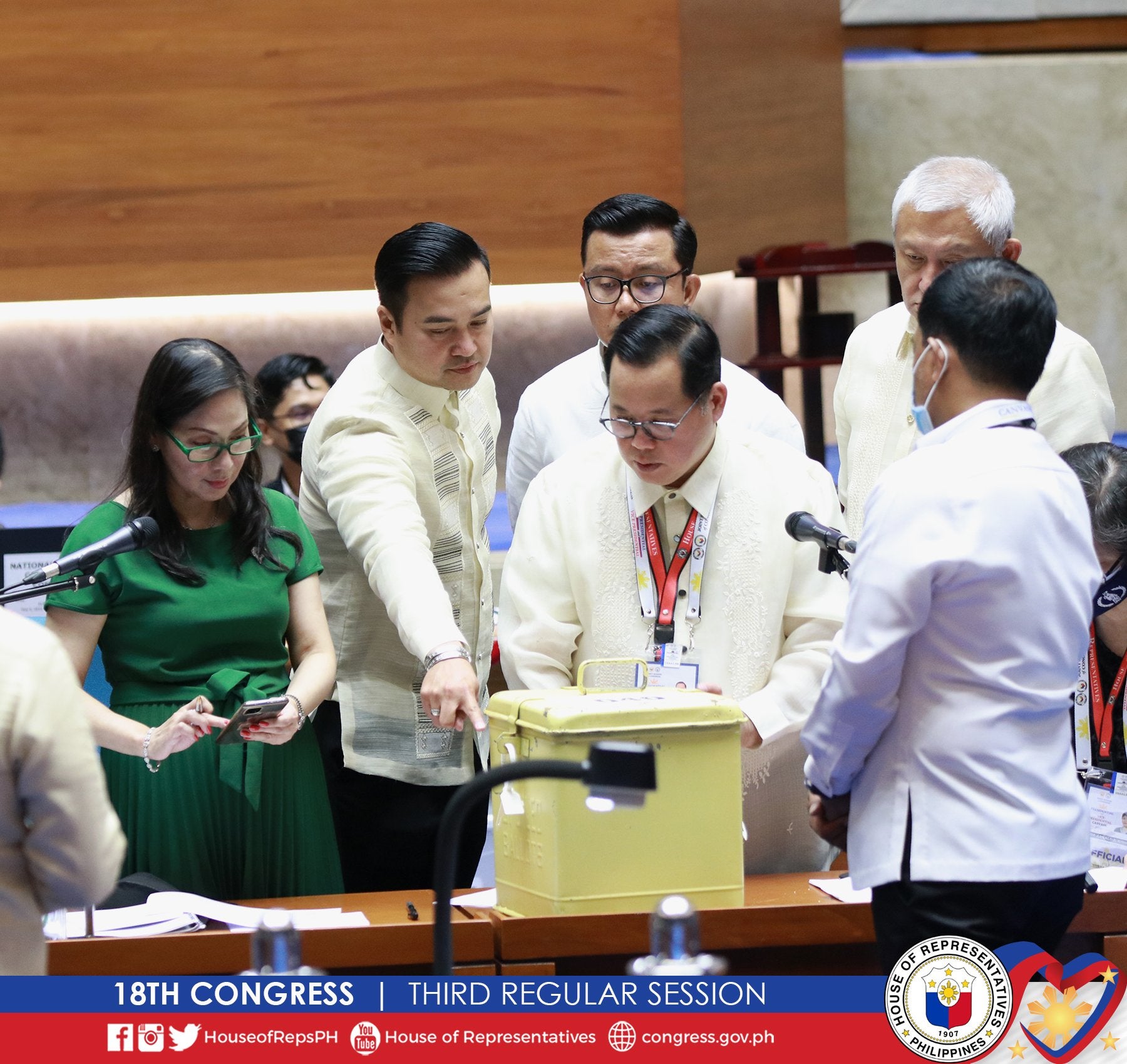 CONGRESS CONVENES AS NATIONAL BOARD OF CANVASSERS FOR PRESIDENT, VP; CREATES JOINT COMMITTEE TO COUNT VOTES /HOUSE OF REPRESENTATIVES OF THE PHILIPPINES FACEBOOK PAGE

MANILA, Philippines — Congress deferred Wednesday morning the canvassing of votes for president and vice president from Mandaluyong City due to a missing certificate of canvass (COC).

The COC from Mandaluyong City was supposedly the second area for canvassing this morning after Tawi-Tawi province. However, upon opening of the ballot box, the COC cannot be found.

“Our joint panel has noticed the absence of the manually transmitted COC of the city of Mandaluyong,” House Majority Leader Martin Romualdez said.

“We direct our Secretary General, our Senate secretary, and our secretariat to communicate with the Comelec (Commission on Elections) officer present and in charge of the city of Mandaluyong to explain the absence of that COC,” he added.

In turn, the canvassing of the votes from Mandaluyong City was deferred.

This was not the first time that Congress noted missing COCs. On Tuesday night, COCs from Surigao del Sur, Pampanga, and Sultan Kudarat were also deemed missing.

Surigao del Sur provincial election supervisor April Joy Balaño explained that envelope containing the COCs was “inadvertently mixed” with the certificates of canvass and proclamation of other elective positions.

Surigao del Sur election assistant Sally Bagolgol presented via Zoom the actual copy of the COCs and authenticated its contents.

Meanwhile, it was found out that the COCs from Pampanga and Sultan Kudarat were left behind in the respective provinces and were still in the possession of the provincial election supervisors.

The supervisors were likewise required to present the original copy of the COC via Zoom, authenticate it, under oath, and send electronic copies via Viber.