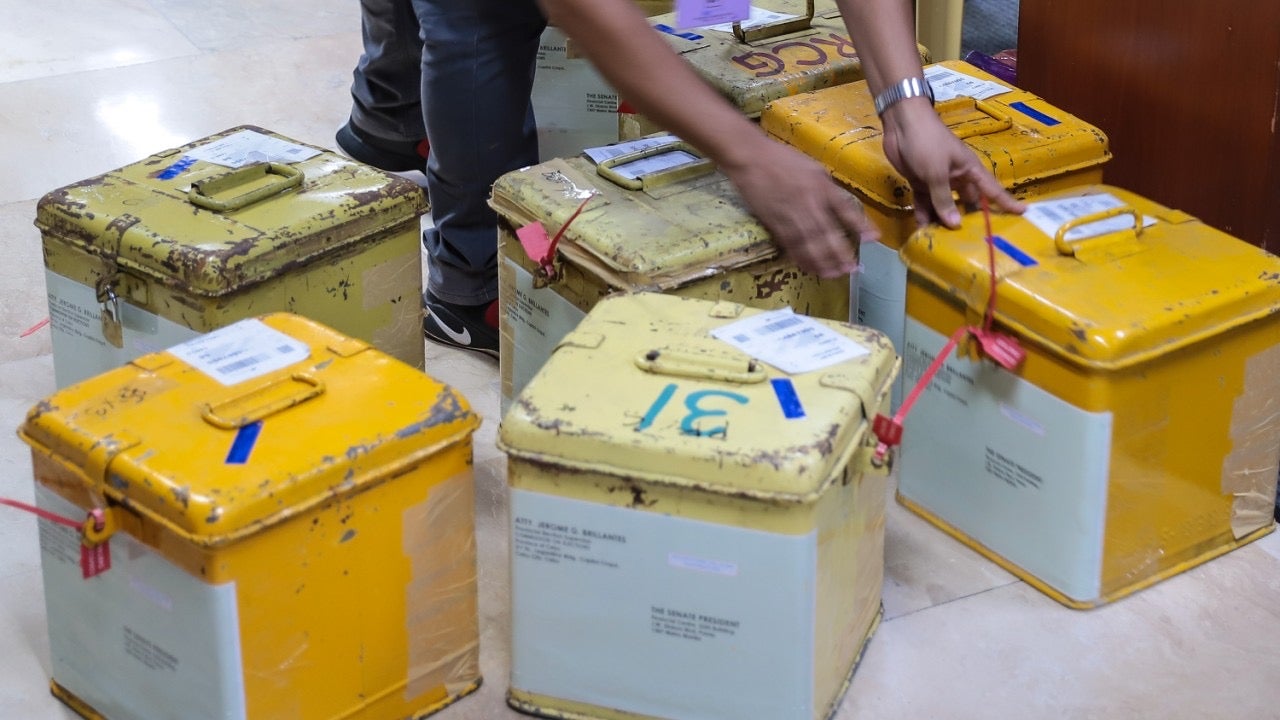 COC RECEPTION ROUNDUP: The Senate has received a total of 150 Certificates of Canvass (COCs) for President and Vice President as of 7:28 a.m. Wednesday, May 18, 2022. The figure represents 86.71 percent of the 173 COCs expected to be delivered to the upper chamber. Transmitted latest to the Senate were COCs and Election Returns (ERs) from Cebu Province, as well as those from overseas absentee voting held in Spain, Greece, Hungary, Poland, Laos, Vatican City, Norway, and New Zealand. The Senate and the House of Representatives are set to convene in a joint session on May 24 to canvass votes for the 2022 Presidential and Vice Presidential elections. (Senate PRIB Photos)

MANILA, Philippines — The “missing” certificates of canvass (COCs) of Surigao del Sur for president and vice president were apparently left behind in the province and were mistakenly placed with other COCs for other elective posts.

This was the explanation of Surigao del Sur provincial election supervisor April Joy Balaño when she appeared via Zoom on Tuesday night during the canvassing of the two chambers of Congress sitting as the National Board of Canvassers (NBOC).

Congress earlier deferred the canvassing of votes from Surigao del Sur for president and vice president as the COCs that were supposedly inside the ballot boxes transmitted to the Senate were missing.

“Upon verification, the copies of COCs for the president and VP for the PBOC of the province of Surigao del Sur are found to be in our possession in the office. My sincerest apologies for this inadvertence,” Balaño told Congress.

She explained that the envelope containing the COCs was “inadvertently mixed” with the certificates of canvass and proclamation of other elective positions.

They attempted to transmit the envelope to the Senate, but it was not accepted since it was only contained inside a brown envelope instead of a ballot box, Balaño added.

“This is the brown envelope that contained the COCs. It was inadvertently mixed with the COCP (Certificate of Canvass and Proclamation) of other positions,” she said.

“This was supposedly submitted to the Senate but it was refused receipt considering that it was inside a brown envelope,” Balaño continued.

Surigao del Sur election assistant Sally Bagolgol presented via Zoom the actual copy of the COCs and authenticated its contents.

The provincial election supervisor then sent an electronic copy of the COC via Viber, which was then printed in the joint committee to be used for canvass.

Congress, however, still required the provincial election supervisor to send the physical copy of the COCs by Wednesday morning.