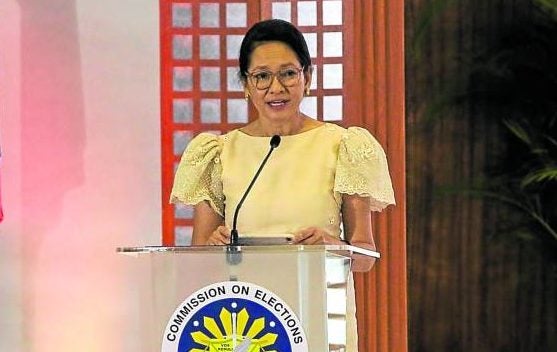 MANILA, Philippines — A single opposition senator can do the job of keeping the administration in check, according to outgoing Senate Minority Leader Franklin Drilon.

The Senate leader dampened fears on Tuesday that the chamber could become a rubber stamp of the next administration with only Sen. Risa Hontiveros left among prominent opposition voices. “In my view, a single opposition senator can do the job of fiscalizing,” Drilon told reporters on the sidelines of the joint canvassing of votes for president and vice president at the House of Representatives complex.

“You can do a filibuster. You can’t close the period of debates and you should allow anyone to take the floor because of the no-cloture rule,” he said.

Because of the no-cloture rule, which blocks any senator from summarily closing or terminating a debate, “a single senator can block the passage of any bill,” said Drilon, who is retiring at the end of June.

According to him, this essentially spelled the difference between the House and the Senate, making tyranny of numbers “more theoretical” in the latter than actually practiced.

“If the debates are ongoing, you can’t vote,” Drilon said.

Of the three other minority senators, only Hontiveros was reelected. Detained Sen. Leila de Lima lost her reelection bid while Sen. Francis Pangilinan opted to run for vice president but lost.

But Hontiveros might not necessarily be alone in the opposition as some of her colleagues, like Sen. Aquilino Pimentel III and Senator-elect Alan Peter Cayetano, are reportedly interested in joining the minority bloc.

By tradition, according to Drilon, the minority bloc in the Senate will be composed of those who do not vote for the winning Senate President.

‘We have to survive,’ says Hontiveros of Senate opposition bloc