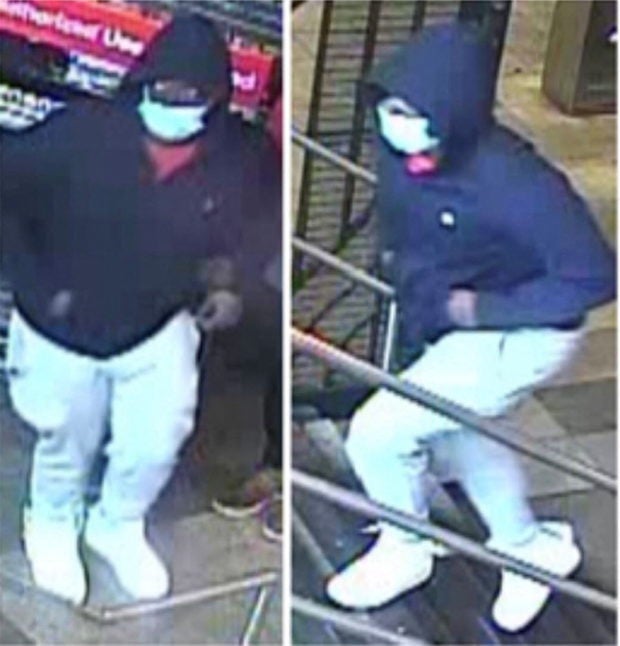 A man wanted in the fatal shooting on a New York City subway car is shown in CCTV footage released by the NYPD on May 23, 2022. NYPD/Handout via REUTERS

NEW YORK — New York City police on Monday released surveillance images of a suspect in the fatal shooting of a 48-year-old man in a subway car over the weekend, an apparently random attack that came less than two months after a mass shooting on the transit system.

New York Police Commissioner Keechant Sewell in a Twitter message shared two photos of the person believed to have shot a straphanger on Sunday morning and sought the public’s assistance in tracking him down.

“We need all eyes on this,” Sewell said.

The victim, Brooklyn resident Daniel Enriquez, who worked for the investment bank Goldman Sachs, was riding a train crossing a bridge from Brooklyn to Lower Manhattan when he was shot in the chest without provocation, authorities said.

Enriquez was pronounced dead at Bellevue Hospital. Authorities say the suspect fled when the train pulled into Canal Street station.

Sunday’s attack adds further pressure to Mayor Eric Adams, a former police captain who made crime and public safety a focal point of his campaign for the office last year.

“There’s nothing more horrific than losing a loved one to a violent act… I’ve witnessed that pain throughout my career,” said Adams at a news conference on Monday. “It is my responsibility to keep New Yorkers safe.

“And I want that obligation. I thank God I’m the mayor right now and not those that don’t understand the urgency of this moment.”

In February, the second month of his term, Adams and New York Governor Kathy Hochul promised to increase police patrols and mental health outreach in response to a spate of attacks on the subway system, which is run by the state-controlled Metropolitan Transportation Authority.

On April 12, the subway system saw one of the most violent attacks in its existence when a man activated a smoke bomb and opened fire in a subway car. The attack left 23 people injured, including 10 hit by gunfire.

A suspect in the attack, 62-year-old Frank James, was arrested a day later. He was indicted earlier this month for terrorism and other federal charges.

In a statement on Monday, Goldman Sachs Chief Executive Officer David Solomon said he was “devastated” by the fatal shooting of Enriquez, calling it a “senseless tragedy.” Enriquez had joined the firm’s Global Investment Research division in 2013.