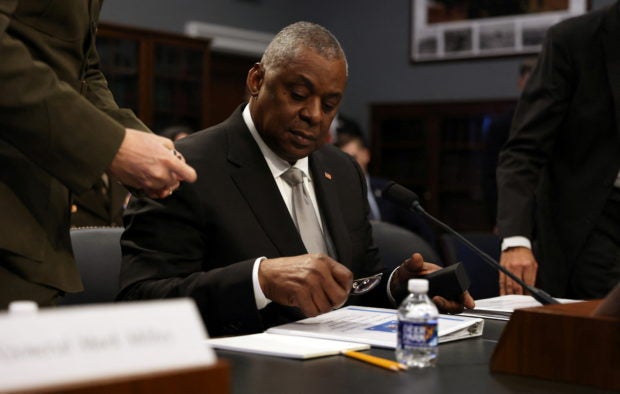 WASHINGTON — Copenhagen’s pledge of Harpoon anti-ship missiles and a launcher to Ukraine, announced by the United States on Monday, is the first sign since the Russian invasion in February that Kyiv will receive U.S.-made weapons that significantly extend its striking range.

Ukraine has been seeking more advanced weapons such as air defenses, anti-ship missiles and longer-range rockets, but so far the majority of aid has been in short-range systems like Javelin anti-tank weapons and artillery.

The Harpoons, made by Boeing Co., could be used to push the Russian navy away from Ukraine’s Black Sea ports, allowing exports of grain and other agricultural products to resume.

U.S. Defense Secretary Lloyd Austin said he was “especially grateful to Denmark which announced today that it will provide a Harpoon launcher and missiles to help Ukraine defend its coast.”

Reuters reported on Thursday the United States has been working to help transfer to Ukraine more anti-ship capabilities with a range of more then 100 kilometers as its ports are blockaded by ships and mines.

“This is an important and measured step to increase the Ukrainians’ capability and operational intensity against the Russians,” Tom Karako, a senior fellow at the Center for Strategic and International Studies and the director of the Missile Defense Project said.

He added that the weapons “will hold at risk high-value Russian ships attacking Ukraine from the Black Sea or elsewhere.” Congressional sources and a U.S. official have said Ukraine’s Neptune anti-ship missiles are in short supply, so the Harpoons offer Ukraine more capability to push Russian ships back and begin de-mining operations.

With the Harpoon missiles, Ukraine will likely depend on other nations for targeting data to use the systems effectively against ships at longer ranges, Karako noted.

A handful of countries were willing to send Harpoons to Ukraine, U.S. officials and congressional sources have said. But a U.S. official said no nation had wanted to be the first or only nation to send Harpoons, fearing reprisals from Russia if a ship is sunk with a Harpoon from their stockpile.

The Danish Ministry of Defense did not immediately respond to a request for comment.